"It's pretty edgy," he says of the one-song collaboration 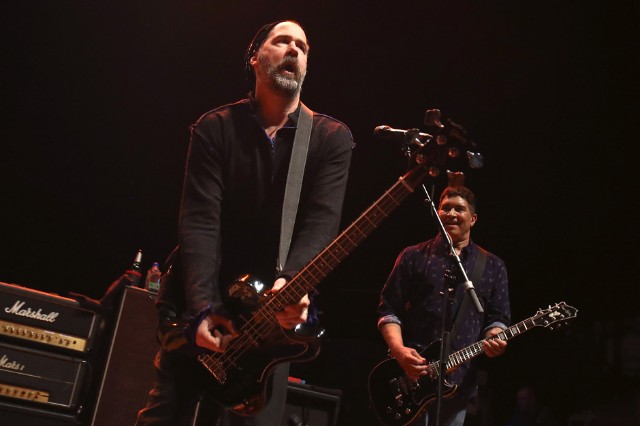 Modest Mouse will be one step closer to Nirvana on their next album. Krist Novoselic, former bassist for the grunge icons, has confirmed that he makes a guest appearance on Modest Mouse’s long-awaited sixth LP. “I did a song with Modest Mouse earlier this year for their new record,” Novoselic told Spotify in a recent interview promoting the 20th anniversary reissue of In Utero (via Pitchfork). “It’s pretty edgy. I’ve got my big Gibson bass and a Rat distortion pedal busting out a… this bass riff.”

No other details about the collaboration are readily available at the moment, but hey — two ’90s hall of famers teaming up is nothing to sneeze at (see: Thom Yorke and Flea on The Daily Show, Kim Gordon helping Beck with a recent “I Won’t Be Long” remix).

Back in June, Modest Mouse canceled their European tour to work on the full-length follow-up to 2007’s We Were Dead Before the Ship Even Sank. Isaac Brock and crew also performed three new songs earlier this year — “Be Brave, “Shit in Your Cut,” and “Sugar Boats” — which may or may not be bound for the band’s upcoming effort. OutKast alum Big Boi has been reported as a featured guest on the record, after he tweeted in 2011 that he was “cramped out in the Lab with Modest Mouse all week, workin on the new mouse LP.”

Novoselic, meanwhile, discusses a slew of topics in his interview with Spotify, including the semi-Nirvana reunion that he, Dave Grohl, and Pat Smear assembled with Sir Paul McCartney. And when he isn’t busy writing political pieces for Salon, Novoselic has been caught up in the promotion behind the “Super Deluxe” reissue of Nirvana’s third and final album, In Utero. Read SPIN’s in-depth breakdown of the package and be sure to check out a four-page fax that producer Steve Albini sent to Novoselic, Grohl, and Kurt Cobain in 1992, proposing his ideas for the LP’s recording sessions.