Mazzy Star, Seasons of Your Day (Rhymes of an Hour)
8

Mazzy Star and Frankie Rose share obvious similarities: Both place ethereal female vocals at the center of a nostalgic dream world; and like Mazzy’s Hope Sandoval, Rose delivers her lyrics with an angelic mysteriousness, playing the melancholic girl next door — long-haired, doe-eyed, and painfully demure — with effortless precision. But Sandoval and co-conspirator David Roback have more than a few years on Ms. Rose. In fact, it’s more than likely a certain teenager was listening intently when “Fade Into You” made a splash on MTV and alternative radio nearly 20 years ago.

Rose is already on her third solo album in three years, while Mazzy is on their fourth in 23 (and their first in 17), so the former seems, on the surface, to be more relevant to the current music conversation. On Herein Wild, Rose continues to move away from her garage-rock past (Vivian Girls, Crystal Stilts), courting her new-wave longings, flowing with the au courant neo-synth-pop tide. Herein Wild does start out a tad grungy, Rose’s roots showing with fuzzed-out guitar and hammering beats on “You For Me”: “Suddenly I’m free / The dark has become brighter, I am lighter,” she wispily sings. But by album’s end, she has changed that hopeful tune: “In the end, things fall apart, herein wild.” In between, you hear that light start to dim, via the Cure’s signature bass chorus effect on tracks like “Into Blue,” “Heaven,” and “The Depths,” with the latter two swirling into squalls of Joy Division paranoia. 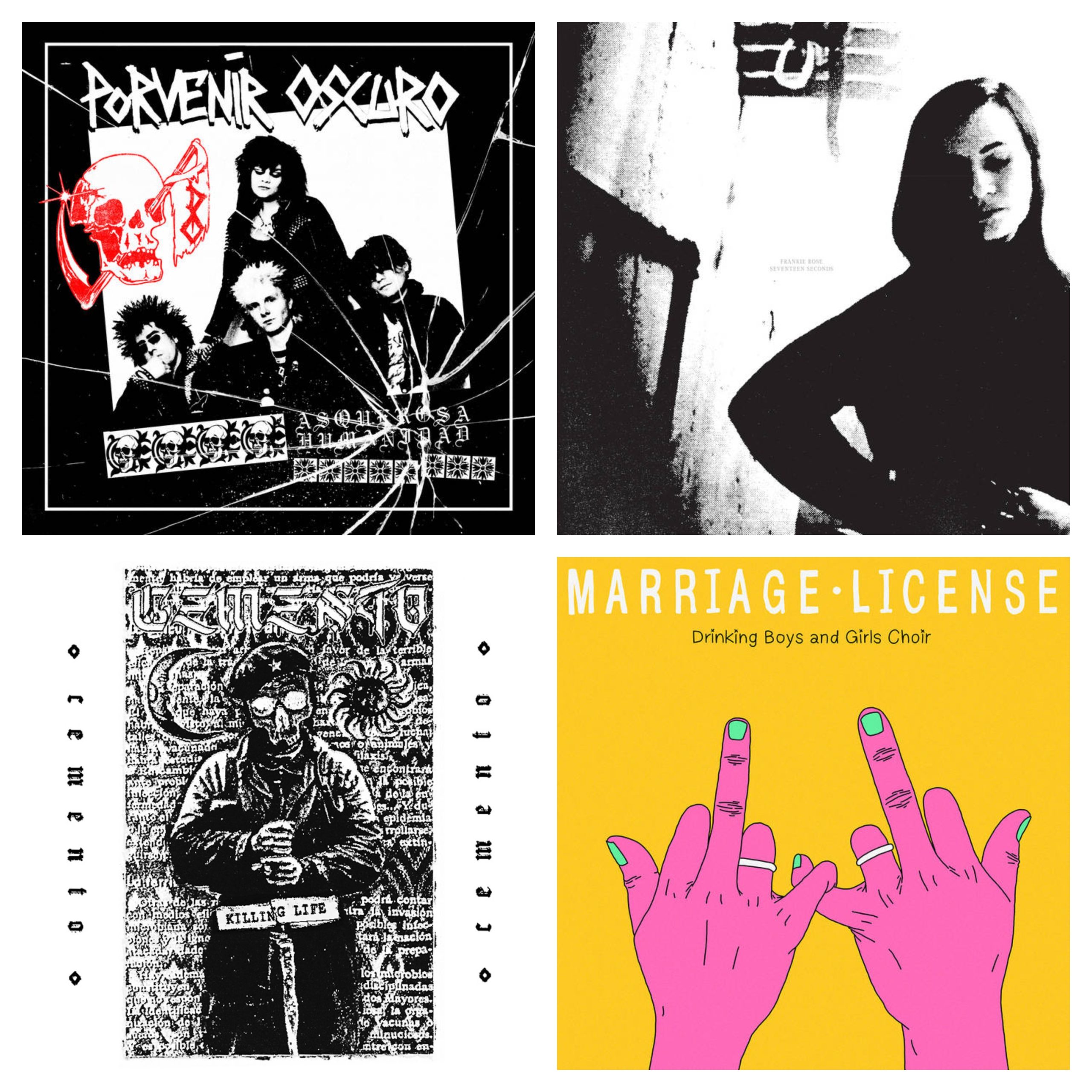 By contrast, Mazzy Star steadfastly stick to their dusty, psych-folk, dream-pop tableaux on Seasons of Your Day. Yet it feels nothing like a ’90s hangover; in fact, the touches of organ and pedal steel that open the album hint at Beach House’s hazy indie-pop —which owes a clear debt to Sandoval and Roback’s aesthetic. Suddenly, a new Mazzy Star release seems equally timely.

Both albums attempt to offer some sort of shelter from the storm. But where Rose’s layered vocals transform her purrs into a ghostly presence — detached from the gravity of her words — Sandoval is prominent, sensual, and raw in the mix. And where Rose turns inward, painting her world black with claustrophobic beats and reverb-drenched guitars, Mazzy opens the gates of their rustic landscape, letting strings lightly rustle around Sandoval’s sultry croons. And Sandoval gracefully waltzes with those strings, giving Roback (plus My Bloody Valentine’s Colm O Ciosoig on bass) many opportunities to take the lead. Take smoky ballads “Common Burn,” “Sparrow,” and “Does Someone Have Your Baby Now?” where subtleties, like a guitar crashing gently into cymbal, feel as tender and climactic as lips first touching. Or the folksy acoustic jangle of “California,” which even seems to play on Led Zeppelin’s “Going to California.” Or most potently, with the two dynamic closing tracks: On “Spoon,” featuring guitar flurries from Roback and the late finger-picking folk hero Bert Jansch, Sandoval’s vocals slither through like an unruffled snake. “Ain’t nobody gonna spin me around,” she boldly proclaims.

Perhaps this is the sort of ease and confidence Rose is building toward, because she still seems a bit timid, often tucking her darker proclivities under thick sheets of silky synths, strings, and fluffy lyrics. And it’s only on someone else’s song, the Damned’s anthemic “Street of Dreams,” where she truly lets loose, playing the commanding ice queen and transforming the track into a chilling goth-synth escapade. Then again, perhaps Rose is just a product of her generation: content, for now, to play it distant and cool, and simply reference the warmth and assurance of forerunners like Mazzy Star.