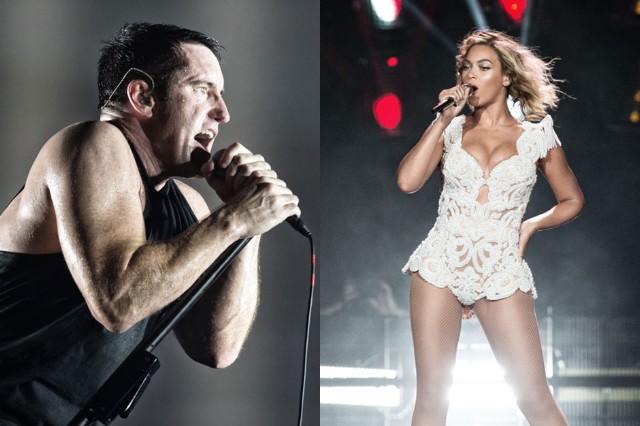 The second annual Budweiser Made in America festival took over Philly’s Fairmount Park over Labor Day, with Beyoncé, Nine Inch Nails, Calvin Harris, and Kendrick Lamar getting love that was much more than brotherly. Ostensibly curated by Jay Z (here’s hoping he had to say the words “Diarrhea Planet” in a meeting), last year’s fest was a poignant, Obama-endorsed “We Built This” statement in an election year. But politics were in short supply at this year’s fest (though the always-confrontational Public Enemy threw up a “Free Mumia Abu Jamal” banner — in Philadelphia!) instead focusing on, uh, other American values. Boasting an audience of 60,000, the festival sold out a space that could comfortably hold many fewer people — recycling bins got trampled, food lines stretched to obscene lengths, and, in some spots, it was easier to get a Budweiser Black Crown than a water. Still, it was a great and wildly diverse weekend of music. Here are the 15 best things we saw … —CHRIS WEINGARTEN