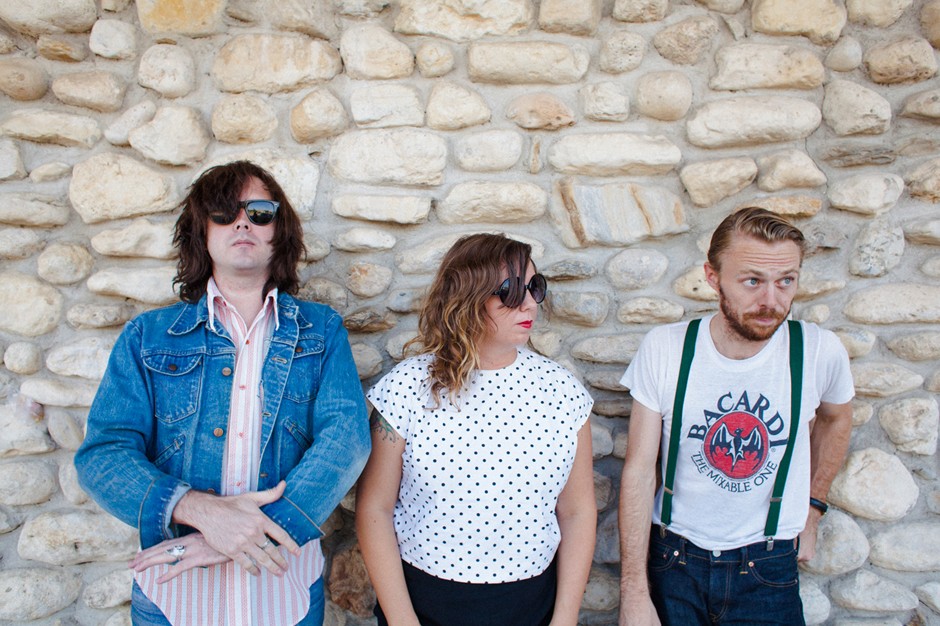 Minimalist pop trio Love Inks held onto the material that makes up their soon-to-be-released second album, Generation Club, for quite some time. “Many of the songs on Generation Club were written a few years ago,” recalls lead singer Sherry LeBlanc. “We weren’t able to start recording until 2013, so a lot of time passed.”

Still, the lengthy pause between writing the follow-up to 2011’s E.S.P. and actually committing it to tape didn’t discourage the Austin unit. “Yoko Ono has a piece in [her 1964 book] Grapefruit where she instructs you to put a memory in one half of your head and then totally forget that it exists, and then let the other half of your brain long for that memory,” LeBlanc tells SPIN. “Our minds spent two years longing to return to these songs and bring them to life.”

Luckily, LeBlanc and her bandmates — Derek Brown and Kevin Dehan — were able to remember 10 tracks’ worth of lithe synths, chattering percussion, and colorful melodies that break through the cloudy vocals. Generation Club isn’t officially out until September 24, but you can stream the entire record right now.

For pre-order offers, head over to Monofonus Press or iTunes.