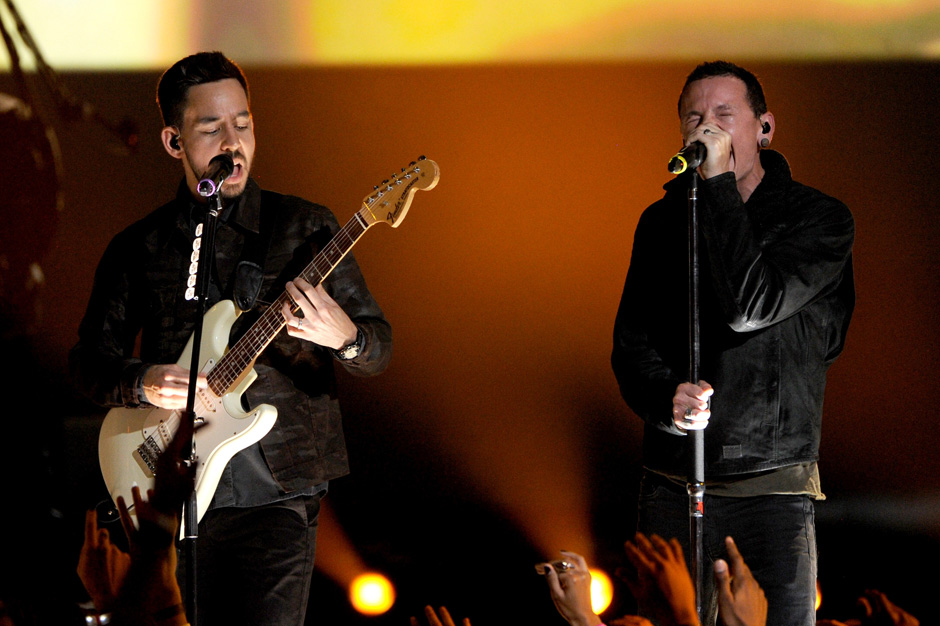 Linkin Park are making their new collaborative single with Steve Aoki available online, but only after fans play the band’s new 3D Facebook game LP Recharge. Once users unlock the official studio version of “A Light That Never Comes,” the song will make its way onto radio and stream on-demand exclusively through Xbox Music for two weeks. The Microsoft-minted audio will be paired with behind-the-scenes footage detailing the cross-genre team-up.

Noted cake-thrower Steve Aoki first debuted the rap-rock-EDM hybrid by bringing Linkin Park’s Chester Bennington (also now of Stone Temple Pilots fame) and Mike Shinoda onstage during a live performance at Tokyo’s Summer Sonic festival last month. So far, shaky fan-shot footage (like the video below) has been the only record of the track, which has since been teased through a series of promo clips.

“A Light That Never Comes” will also appear on Linkin Park’s just-announced, new album, Recharged. Due October 29 via Machine Shop Recordings/Warner Bros., the upcoming full-length collects reinterpretations of songs from the band’s most recent effort, 2012’s Living Things. A limited-edition version of the record will come with “an interactive 3D sculpture based on Living Things album artwork,” according to a press release, along with a 48-page art-book and two-CD set featuring Living Things and Recharged. Only 500 copies of the custom-made box set will be up for purchase. Meanwhile, more details on Recharged — specifically a full track list and remixer reveal — are on the way.

To help the arrival of “A Light That Never Comes,” head over to Facebook to play LP Recharge. Linkin Park worked with gaming company kuuluu Interactive Entertainment AG to create the action/strategy title, and LP member Mike Shinoda, who holds a BFA in illustration, helped design the game.

This latest Facebook-assisted premiere comes just weeks after Jay Z and Justin Timberlake shared the visual for “Holy Grail” on the social media site, making it the first-ever music video to debut on Facebook. As usual, though, Linkin Park have taken things one step closer to the edge. Scroll down to see the live version of “A Light That Never Comes.”