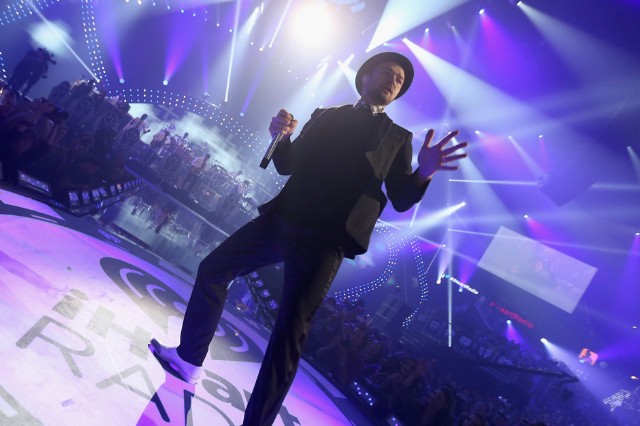 Justin Timberlake’s The 20/20 Experience (2 of 2) is out on September 30, but the entire thing is currently streaming already thanks to iTunes. Well, almost the entire thing. As with The 20/20 Experience (1 of 2), Target is offering an exclusive deluxe CD version of the release featuring a pair of bonus songs. Last time, we got “Body Count” and “Dress On,” B-sides that seemed to suggest a dancier future was in the offing for that album’s sequel.

Indeed, that prediction has played out via singles like “TKO” and “Take Back the Night,” while these new latest leaks take a mellower tack. “Blindness” is a slinky lament dedicated to a lover our host hasn’t seen in a minute — who he can only see when he closes his eyes — and perhaps a play on that old urban myth about the consequences of indulging one’s, ahem, solo flights of fancy. Stream “Blindness” over here until it’s taken down.

Meanwhile, the other bonus track is “Electric Lady,” a lovely excuse to exhaust just about every voltage-inspired metaphor that’s ever been applied to the connection that exists between two lovers. The song is a bit more upbeat than its counterpart, but also feels more fit for night drives through neon-lit cities, rather than disco-ball blasted dance floors glistening with sweat. Stream “Electric Lady” over here, again, as long as you’re able.

In the event that the above links turn out to be bunk, well, here’s a hilarious sketch featuring Timberlake and his Late Night host buddy Jimmy Fallon skewering the not-so-fine art of hashtaggery in a trendable explosion not dissimilar to Portlandia’s classic “technology loop” sketch. More on the hashtag discussion over at MTV.