Joanna Newsom and Andy Samberg Tie the Knot, Are No Longer Lonely Islands 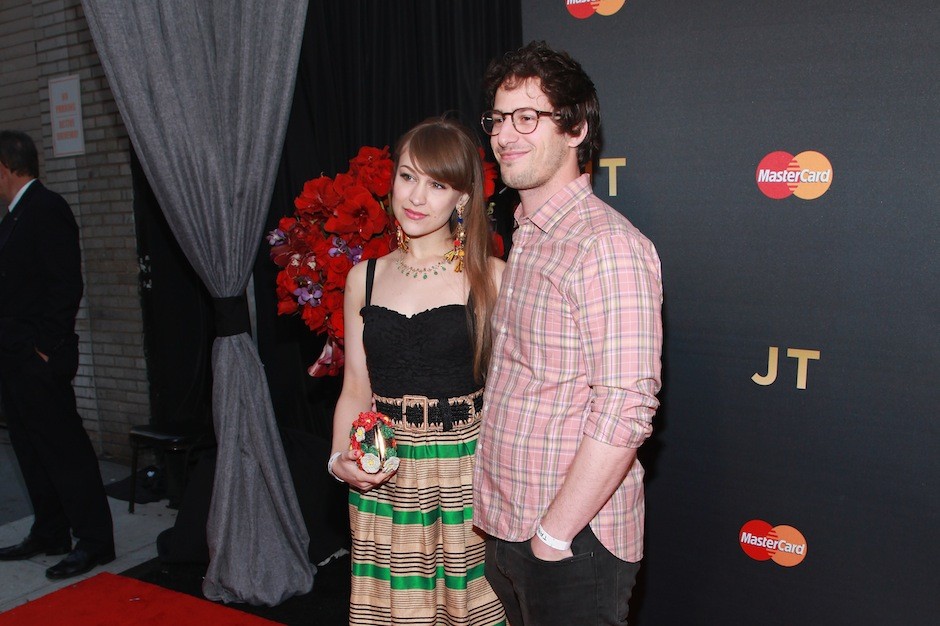 Not to get all Sufjan Beat here, but wedding bells were ringing this weekend for a certain artful harpist and her funnyman beau. Joanna Newsom and Andy Samberg got married in Big Sur, California, on September 21. The singer-songwriter and the former Saturday Night Live star had been dating for five years and became engaged earlier in 2013, according to the Hollywood Reporter.

No word on whether the Have One on Me artist offered an open bar — yuk, yuk — but the ceremony wasn’t a small one. “So far, its been nothing but stress and joy,” Samberg previously told Ryan Seacrest of the wedding planning. “The joy is the lady herself. The stress is the planning. We tried to go small and it was just impossible. There’s too many relatives, too many friends. So we’re going big-esque.”

That said, NewSamberg’s collaboration isn’t likely to become a musical one anytime soon. They’ve talked about it, Samberg told Glamour, “but we’ve decided ultimately that her fans would probably kill me in my sleep.” He added, “What she does is so, like, actually beautiful and important.” No shots at the Lonely Island’s “The Wack Album or Samberg’s Justin Timberlake team-up “Dick in a Box,” but he has a point.

Then again, Newsom might be stepping over onto her new husband’s turf herself. She’s set to appear in Inherent Vice, the next film by director Paul Thomas Anderson (The Master, There Will Be Blood, Boogie Nights). It’s unclear what she’ll be doing in the movie, but she has previously appeared on Portlandia and sang for The Muppets movie soundtrack. Samberg plays a detective on the new FOX comedy Brooklyn Nine-Nine.

Listen to Newsom’s “The Sprout and the Bean,” off her 2004 album The Milk-Eyed Mender, below, because it’s still great.