Post-hardcore buffs beware: Refused’s firecracker of a frontman Dennis Lyxzén has returned. Though the sneering/spitting/shouting spirit certainly informs the work of his new-ish band INVSN, these Swedes snatch their style from the post-punk age, unfurling darkwave furies, industrial pop, and shadowy rock over a 10-song English-language debut. All of INVSN is streaming below, and it finds the group in top form.

They’d released a pair of LPs under the name Invasionen in their native country, but here, this Umeå-based wrecking crew aims to expand. To that end, they tightened their lineup — Andre Sandström of thrash band DS-13, Sara Almgren of Lyxzén’s the (International) Noise Conspiracy, Lykke Li collaborator Anders Stenberg, and Richard Österman — and hit the studio with mixing assisttance from Nick Launay (Arcade Fire, PiL, Nick Cave, Kate Bush) and Jacob Hansen (Volbeat).

The results are below, ranging from the Soft Moon-checking atmospherics of “Down in the Shadows” to the Joy Division-like high-low dichotomy of “Inheritance.” INVSN is out September 24 on Razor & Tie. Various pre-order bundles can be purchased now. 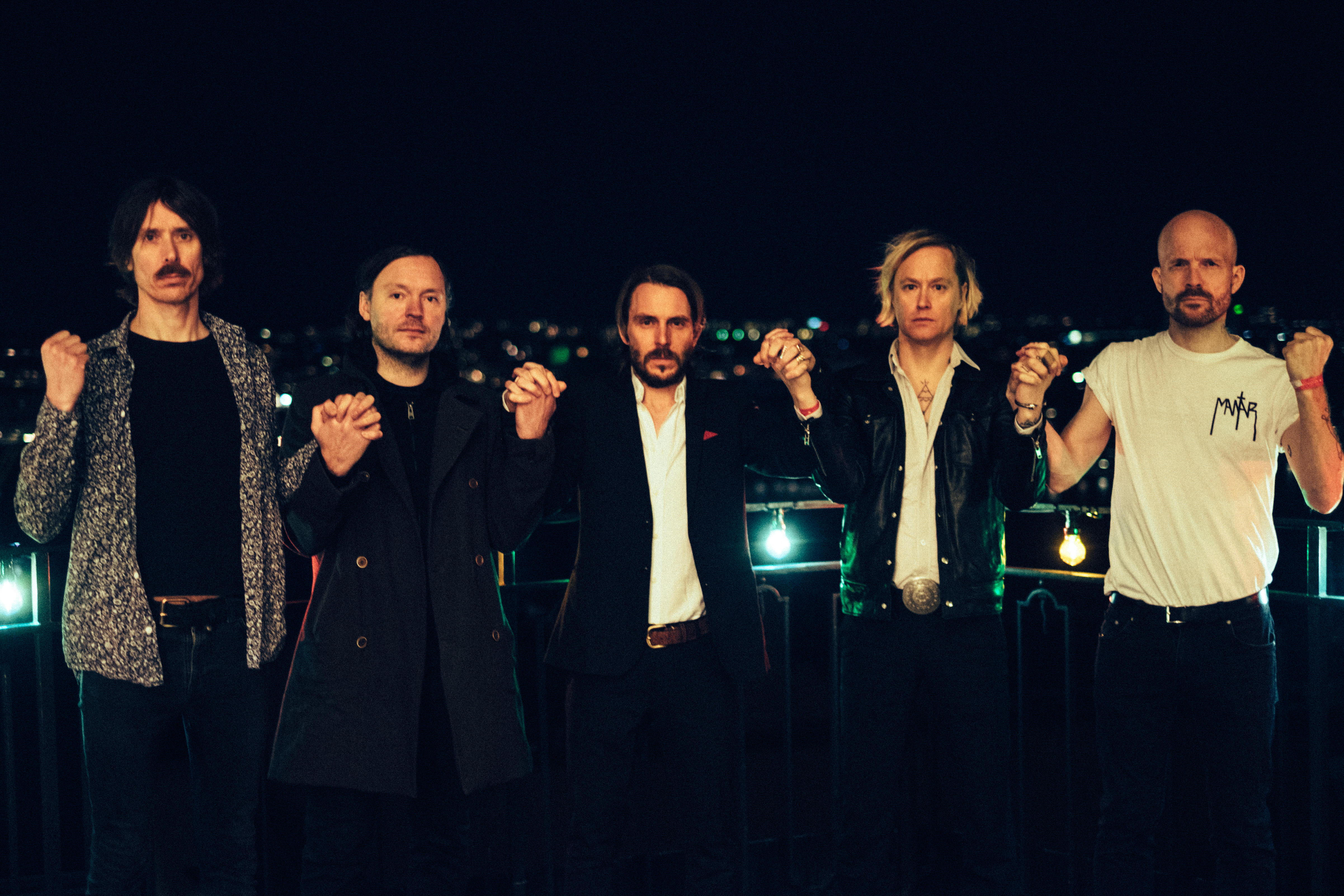