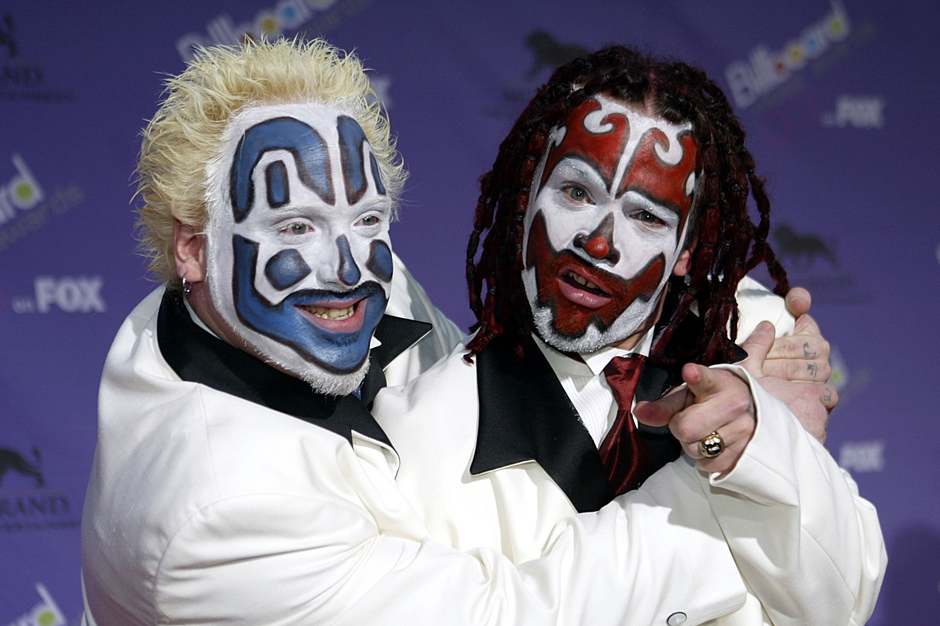 Dirty Dan apparently gave two other women in the office “vagina tighteners” that same day. Pellegrini also reported feeling physically threatened by Violent J’s girlfriend Michelle Rapp, a.k.a. Sugar Slam, and that she was denied use of the Psychopathic staff private restrooms at the 2012 Gathering of the Juggalos, forcing her to use facilities that were “often full with naked male strangers.” Additionally, she says she was asked to obtain illegal firearms for a photo shoot.

Pellegrini is seeking compensation for her firing, plus “fright and shock … horror, outrage and indignity.”