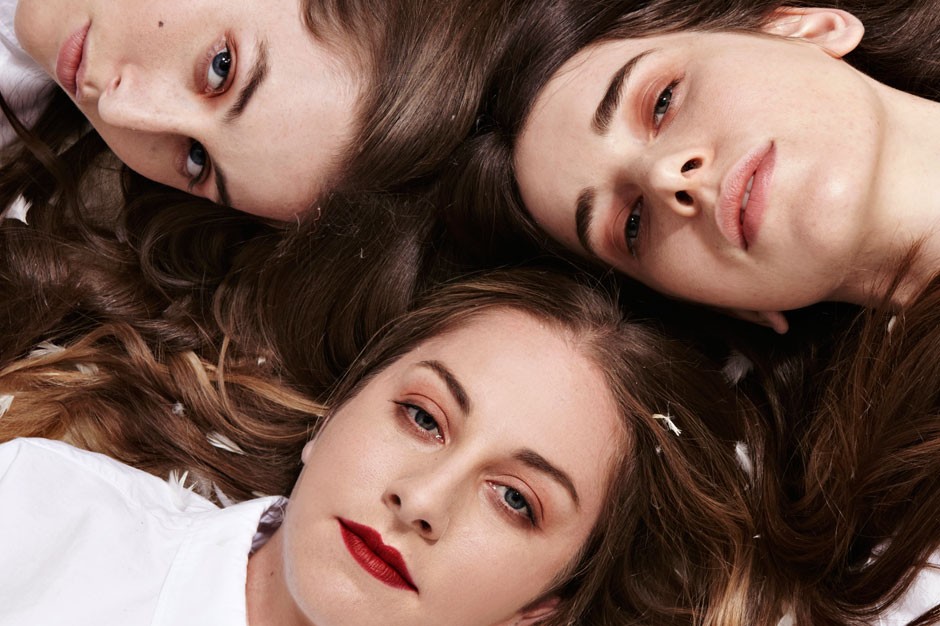 CREDIT:Photo by Michael Flores for SPIN

This week is a big one for the Los Angeles sister trio Haim. Their debut album Days Are Gone — a bona fide Essential — will finally be releasd this Tuesday (September 30), and they also are the cover stars of SPIN’s digital issue for October: check out the story, titled “Falling For Haim.” But they kicked it all off this weekend by meeting British prime minister David Cameron on the BBC’s Andrew Marr Show, where the band performed their single “The Wire.” The recorded version of the song features thundering stadium drums, but their session rendition emphasized carefully stroked guitars and gently soulful vocals.

At the end of the performance, Danielle Haim — clearly recognizing the absurdity of the situation — dedicated the song to Cameron, saying “That was for you D.C., it’s all about you.” The song is about an inevitable breakup, so it was maybe not the best omen for Cameron, though based on this tweet it doesn’t seem like he really caught on.

You can watch the performance over at BBC and check out new 2014 tour dates (all of which are on the third day of seven consecutive months) below.