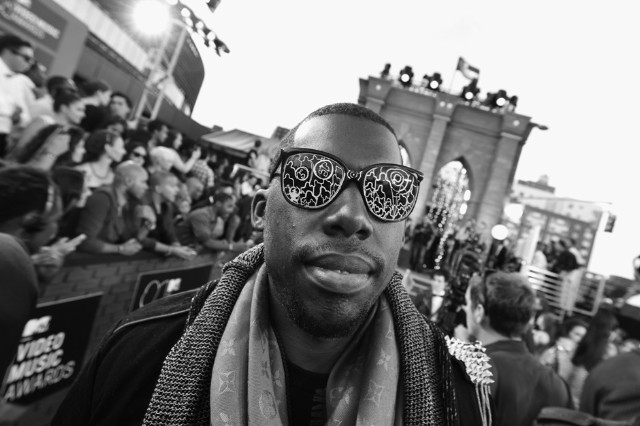 Grand Theft Auto V has spawned a small record-label catalog’s worth of music, and with an impressive commitment to quality. There is the rapper-stuffed 26-track free mixtape to consider. And the iTunes Music of… album featuring exclusive selections from A$AP Rocky among others. But the real lynchpin of the hit video game’s aural offerings is the in-play radio, which picks up every time you jack a new vehicle. The DJs are musicians themselves: Wavves, OFF!’s Keith Morris, Twin Shadow, Soulwax, and Flying Lotus.

The latter’s station is now streaming in its entirety below. FlyLo FM offers an hour-long set featuring a ton of Lotus exclusives — including his Tyler, the Creator team-up “Garbage” and a fresh Captain Murphy song called “Evil Grin” — along with that banger of a Clams Casino track we heard the other day. Plus: selections from OutKast, Thundercat, DJ Rashad, Hudson Mohawke, Aphex Twin, and more. The playlist below doesn’t seem to represent the exact order of the songs, nor does it mention the hilarious ads.

Dig into FlyLo FM, “Bringing you some of the greatest music the world has ever heard.”