Pete Wentz and co. team up with Ryan Adams on 'Pax Am Days' 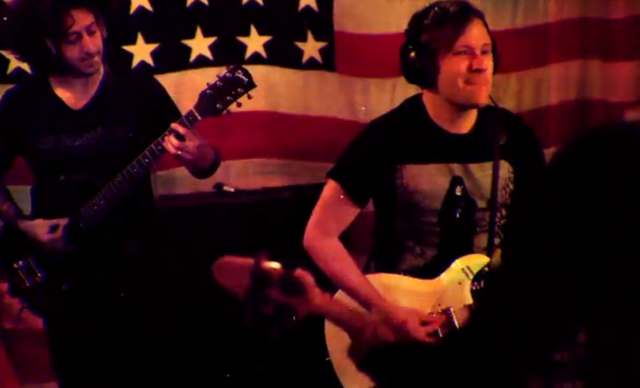 Fall Out Boy are doubling down on surprise albums. Just months after emerging from a semi-break up with April’s Save Rock and Roll, the Chicago stadium-punks have announced Pax Am Days, their second full-length of 2013. The lead single is “Love, Sex, Death” — which you can hear over at Rolling Stone — a 90-second detour back to the band’s scuffed-up basement roots. The song (and album, presumably) is a conscious flipside to Save Rock and Roll, the record that sparked the band’s pop revival. But Pete Wentz’s lyrics at least provide a consistent thread: “Welcome to the demolition derby that is my heart.”

As Wentz teased over the summer, the band recorded the album in two days at Ryan Adams’ Pax Am Studio — hence the name — in Los Angeles. In a typically theatrical statement to Rolling Stone, Wentz said that the new songs are “cave paintings, scrawled just to let the world know we’re here,” which is a bit funny considering that “My Songs Know What You Did in the Dark (Light ‘Em Up)” is the band’s most inescapable song in a half-decade. The album will be available on October 15 in two formats: digitally, and as the second disc of a limited edition reissue of Save Rock and Roll.

For fans of Fall Out Boy, it’s nice to see them coming out swinging. For haters, please refer to the video for “The Mighty Fall,” where the band allows themselves to get beaten up.