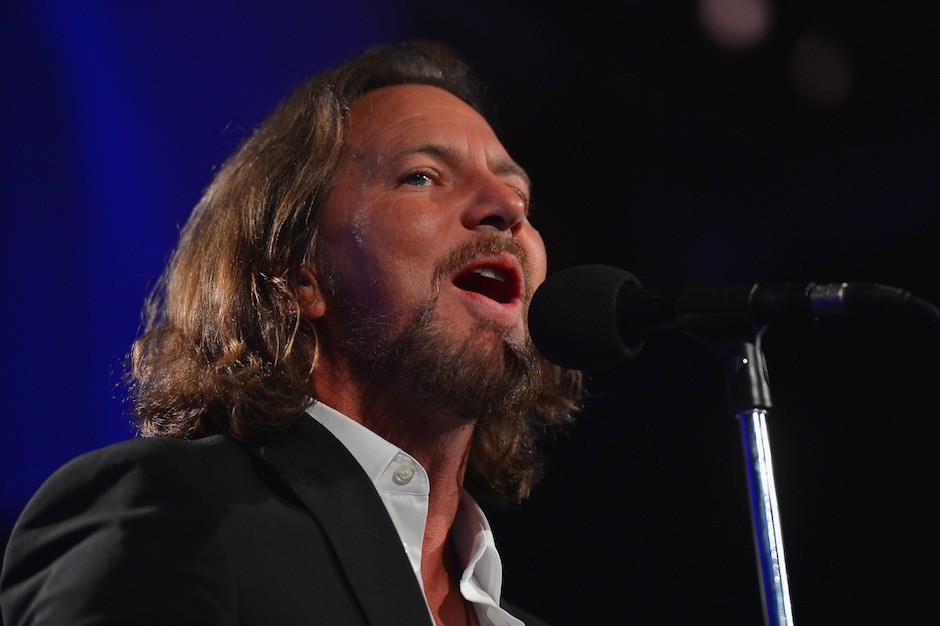 Eddie Vedder watched the 2013 MTV Video Music Awards. That, in itself, is a fact worthy of the ol’ double-take. In a recent interview with Rolling Stone, though, the ukulele idol idol went further than that, also sharing some harsh words about the awards show.

First of all, Vedder didn’t exactly watch the VMA in real time. He clarified that he “was able to fast-forward through them.” Beyond that, though, the alternative rock luminary compared the current state of pop music to so many empty calories. And yet from where we sit, it looked like those N’ Sync guys were exercising pretty hard.

“These pop songs almost feel like tabloid journalism, in a way,” Vedder told RS. “It’s crap that people seem to like. And I don’t know if it has meaning. I don’t know if one of the pop songs of the summer has any fiber in it. People are consuming it, and is it healthy? I don’t know. Maybe it’s some kind of way of taking themselves away from their problems. Maybe there’s some healthy property or some restorative property that I’m not receiving. It seems like it has a really high fructose content.” Who knows? Are the VMA non-GMO?

Ask your nutritionist if VMA is right for you; Vedder added that his preferred pop songs, at least, continue to have live guitar or drums on them. “I still feel like the best stuff has natural elements,” he said. All these food analogies. Where’s a rock-themed donut shop when you need one?

Those concerned about the ingredients of their records have plenty of new Vedder-related menu items to pick from. His cover with Neil Finn of Australian band Hunters & Collectors’ “Throw Your Arms Around Me” could make you cry like onions. Pearl Jam recently shared their understated “Sirens” video, from upcoming album Lightning Bolt (due out October 15 as one of SPIN’s 50 Fall Albums That You Gotta Hear). Watch Vedder and his bandmates discuss LIghtning Bolt with Carrie Brownstein and Judd Apatow in a new short film.

Vedder’s VMA critiques were more polite than those of Foo Fighters drummer Taylor Hawkins, who, to be fair, was cornered by a paparazzo at the airport. “I mean, those awards are nice, but they don’t fucking mean shit,” Hawkins said. Finally, somebody steps in to kill our appetite for sweet, sweet VMA junk food.