Drake Is Giving Away ‘Nothing Was the Same’ Gear This Afternoon 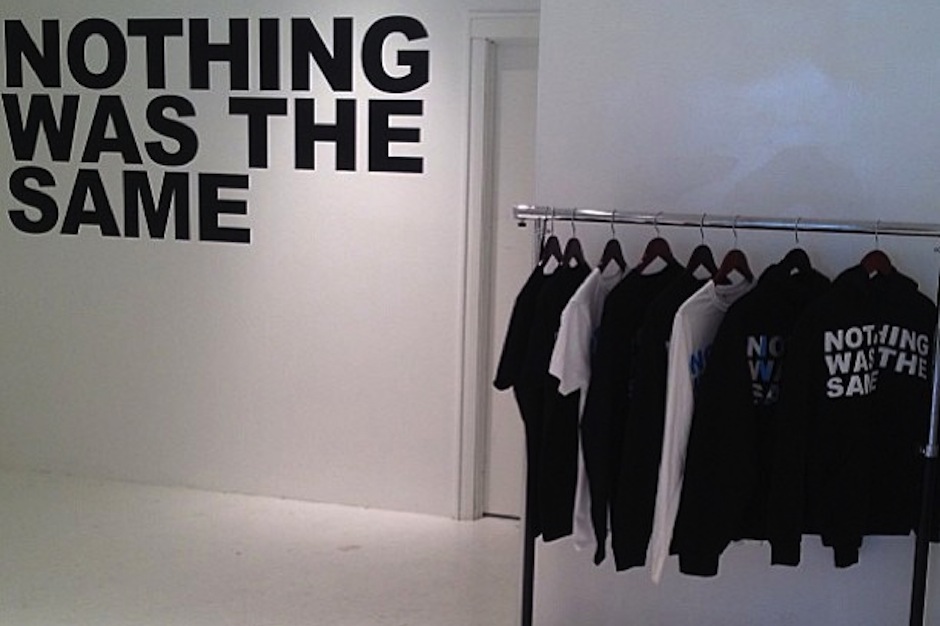 “Who doesn’t love Drake?” asks Katy Perry in her brand-new iTunes Radio “guest DJ” station. SPIN’s review of Drake’s new album Nothing Was the Same is in, and while it’s more “like” than “love,” select city-dwellers interested in draping themselves in Drake schwag are in luck.

No, the Toronto smoothie won’t be tattooing his followers with the October’s Very Own owl logo, like the free Nirvana In Utero ink on the way next week. But fans in Toronto, New York City, and Los Angeles can get their gratis Drizzy gear today (September 19) for one day only. Drake announced on the OVO blog that he’s opening pop-up shops in those cities today offering NWTS gear, “compliments of the company.”

It all goes down at 1000 Queen Street West in Toronto starting at 1 p.m., Alife NYC on 158 Rivington St. in New York at 1 p.m., and 507 N. Fairfax in Los Angeles at 3 p.m.; the album arrives on September 24. Meanwhile, try not to think about Perry and her boyfriend making out the next time you hear the still-sumptuous “Hold On, We’re Going Home.” A sigh and a Drake-like facial expression.