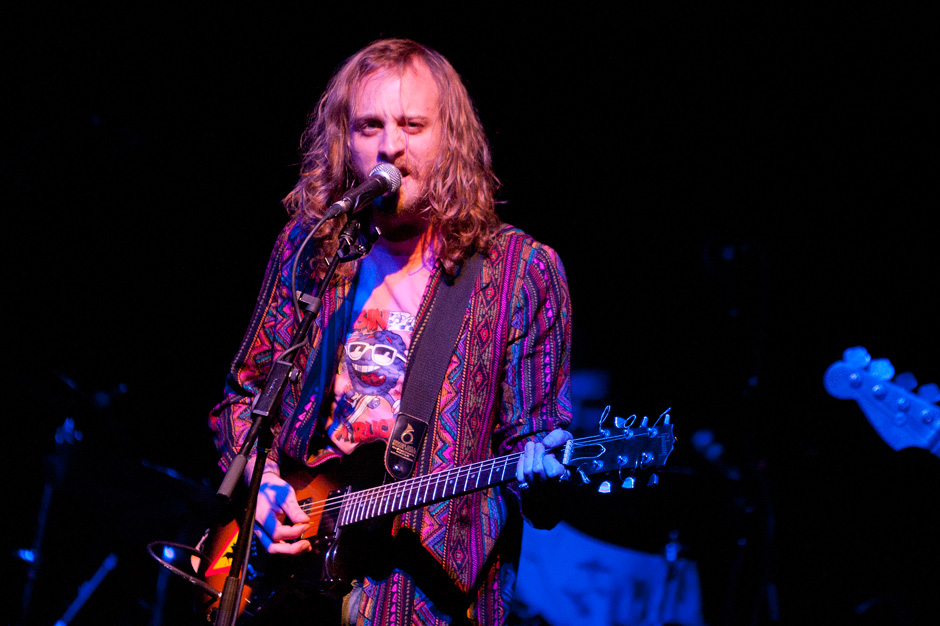 Deer Tick’s Nirvana-covering alter ego recently ended its two-year hiatus, returning to the stage to perform 1993’s In Utero in its entirety. Deervana celebrated the 20th anniversary of the grunge icons’ final full-length last Friday (September 13) with a 46-minute set at New York City’s Brooklyn Bowl that honored what frontman John McCauley described as “one of our all-time favorite albums” (via Rolling Stone).

Dressed in a flannel shirt, ripped jeans, and cruddy Converse, McCauley led the Providence five-piece through the soon-to-be-reissued LP’s 12 tracks, opening with a searing take on “Serve the Servants” and closing with a throat-shredding shout-along rendition of “All Apologies.” As Consequence of Sound points out, the generous folks at NYC Taper caught the show on record and are offering it as a free download. Head over to NYC Taper to grab the gig in mp3 or FLAC formats. For a preview, scroll down to stream the aforementioned “All Apologies.”

The original In Utero is set receive the “Super Deluxe” treatment via a massive box set that collects more than 40 tracks of unreleased rehearsals, demos, live performances, and B-sides, in addition to a newly unearthed instrumental fittingly called “Forgotten Tune.” Fans who purchase the upcoming retrospective or the band’s Live and Loud concert DVD on release day (September 24) will also be eligible for a free tattoo of Nirvana’s drunken smiley-face logo at select tattoo shops in Southern California, Long Island, and Seattle.

September 24 is also the same day that Deer Tick unleash their fifth album, Negativity, by way of Partisan Records. Rolling Stone premiered a horn-puffed track off of the LP, the soul-steeped “Trash.” Hear it over at RS.