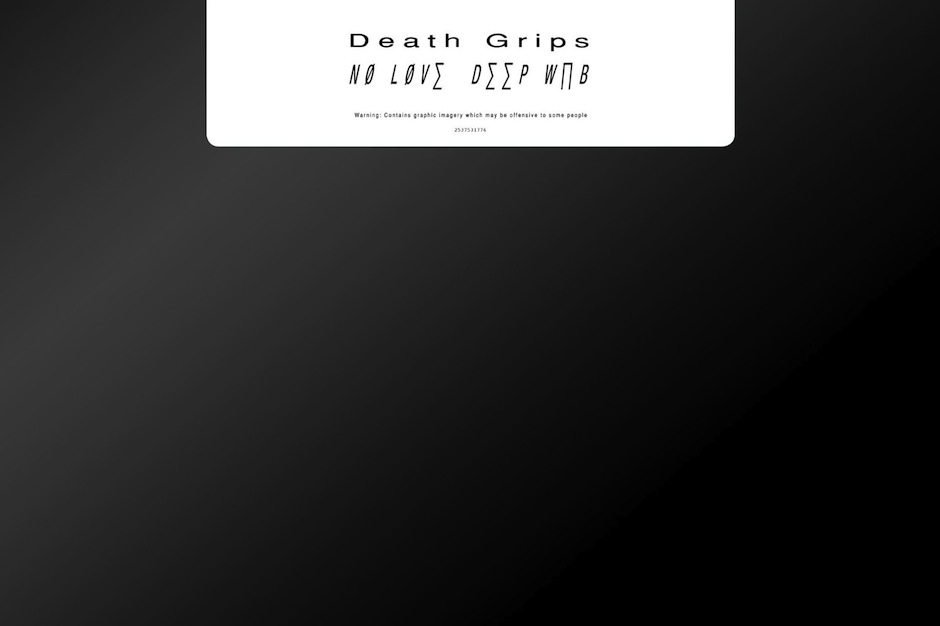 The mystery around Death Grips’ vinyl release plans for their notoriously leaked No Love Deep Web has gotten a little less mysterious. But Death Grips being Death Grips, we can’t claim it has been entirely solved.

Amazon lists a November 19 release for a vinyl-format No Love Deep Web via Capitol’s Harvest Records imprint. Instead of the familiar, NSFW cover art, the site shows the obscured image above, which will probably help the record make its way into stores without violating local obscenity laws. As Consequence of Sound notes, the cover includes a warning (“Contains graphic imagery which may be offensive to some people”), so the original artwork is probably in there somewhere. According to Amazon, the vinyl edition is limited to 1,000 copies, and you can pre-order it or the CD version now. A rep for the band told Pitchfork the release will be distributed broadly.

Mystery solved, right? Not quite. Photos of an explicitly packaged No Love Deep Web vinyl edition surfaced online recently, and at least three copies have been sold on eBay. It’s unclear what relationship those records have to the upcoming release. According to user-submitted forum Discogs.com, at least, the band released and sold these pre-existing copies at shows. The label is listed as Pirates Press (rather than Harvest).

Whatever is the case, we’ll know more if and when the official No Love Deep Web vinyl edition shows up.