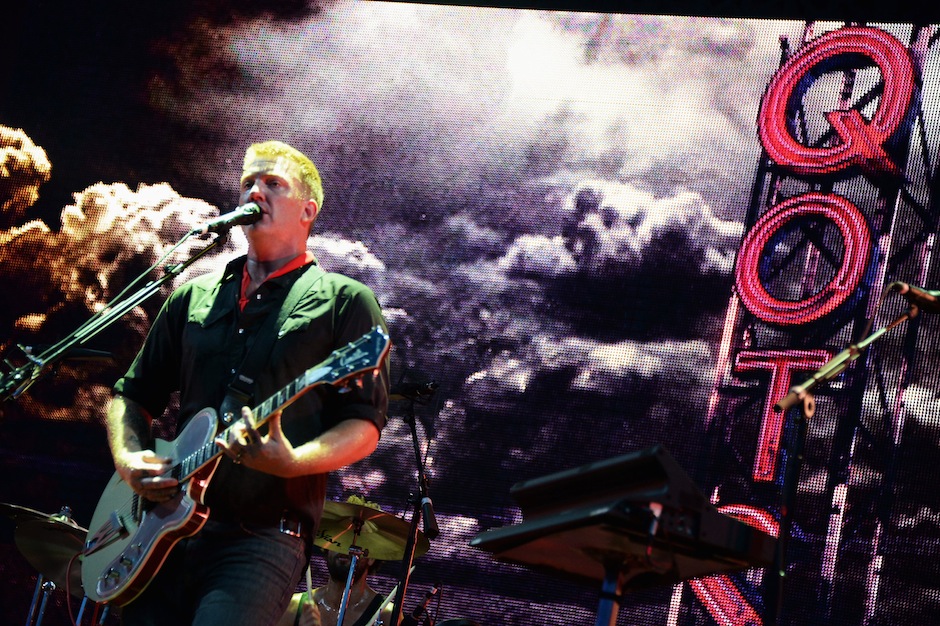 Neil Young’s Bridge School Benefit this year is guaranteed to go …Like Clockwork. Queens of the Stone Age will be headlining the 27th annual San Francisco Bay Area charity concert, marking the Josh Homme-led desert-rock crew’s first Bridge School appearance. They’ll be joined by fun., the Killers, My Morning Jacket, and Jenny Lewis, along with Elvis Costello, Heart, and Diana Krall. Rounding out the bill will be ol’ Neil himself as part of Crosby, Stills, Nash & Young.

The 2013 concert goes down on October 20 and October 21 at Shoreline Amphitheatre in Mountain View, California. As always, the event raises funds for the Bridge School, which educates children with severe speech and physical impairments. Tickets go on sale on September 13 through Live Nation.

Lollapalooza headliners QOTSA recently covered Arctic Monkeys, which, considering what happened after Homme’s rendition of Robin Thicke’s “Blurred Lines,” perhaps warrants a spin through the Brit band’s new AM. Homme and co. also recently announced a December 14 show at Brooklyn’s Barclays Center, not without an implicit poke at the venue’s resident twerkmeister Miley Cyrus. The Kills will open. Tickets to that one are available via Ticketmaster.

Meanwhile, Young has been busy prepping his high-resolution Pono digital music service for a planned early 2014 launch. Earlier this summer, Wilco and My Morning Jacket tried their collective hands at Young’s classic “Cinnamon Girl.” Young, meanwhile, helped pay tribute a fellow legend as part of a televised birthday special for Willie Nelson. And with that, we should remind you to catch up on our profile of Father John Misty, in which he debates the merits of Young’s lesser work, if only because you’ll be glad you did.