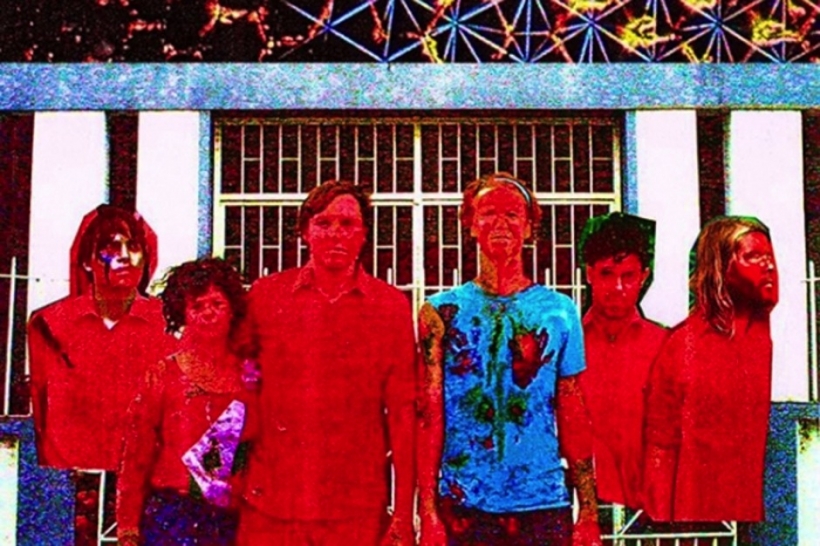 Arcade Fire’s Win Butler has shed more light on the indie giants’ upcoming Reflektor album. In an exclusive interview with BBC Radio 1’s Zane Lowe, the frontman explained that the band began working on the fast-approaching double LP about two years ago. Speaking on the phone in Arcade Fire’s rehearsal room, Butler said the Canadian crew spent a month recording in rural Jamaica. Markus Dravs, who worked on 2010’s The Suburbs and 2007’s Neon Bible, had a hand in the process, as did James Murphy.

According to Butler, the group and Murphy have been planning to collaborate for years, but the demands of LCD Soundsystem’s schedule always got in the way. Once that project ended, though, Murphy was able to join AF in the studio for about “a month, a month-and-a-half on-and-off.”

The DFA guru provided Butler and co. with a guiding path for their dancier direction of the new material. “If you can get James tapping his foot,” Butler said, “you know you’re on the right track.” He also described the album’s sound as a “mashup of Studio 54 and Haitian voodoo.”

Lowe played excerpts from the Q&A on Tuesday. In those tidbits, Butler revealed that Arcade Fire had written “50 or 60 songs” that were possible contenders for the Suburbs follow-up. He also said, “Some of the stuff on here is going to surprise people. It’s even more different than ‘Reflektor,'” referring to the record’s James Murphy-produced, David Bowie-assisted title track.

Arcade Fire’s Reflektor, easily one of 50 Fall Albums You Gotta Hear, arrives on October 29 via North Carolina’s Merge Records. Pre-orders of the LP in digital, vinyl, and CD formats are currently available through AF’s website. Reservations come with early access to tickets for the band’s forthcoming live shows, which will feature Haitian percussionists.