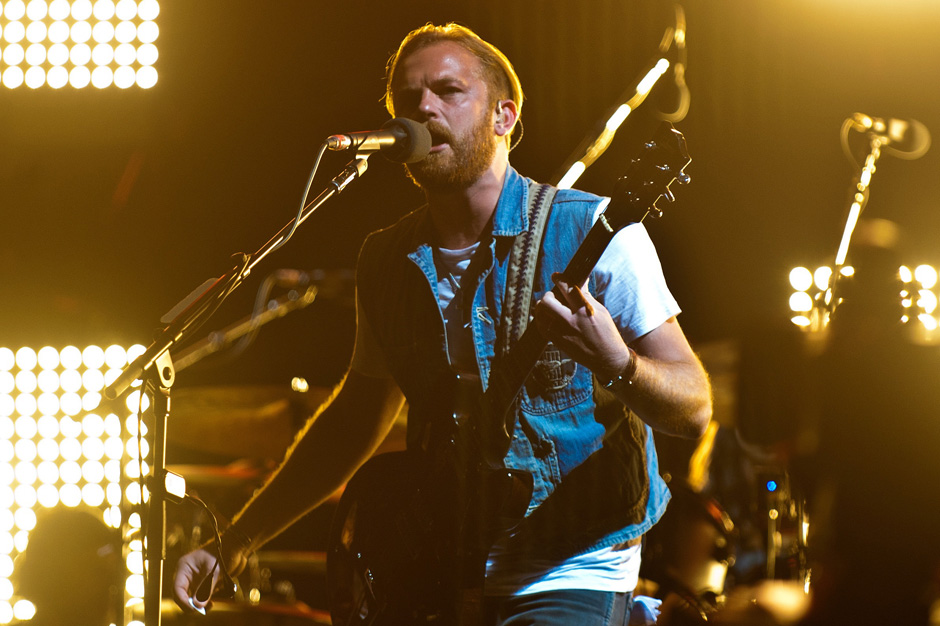 Welcome to Wednesday, where we’re serving streams of new albums by the revived Mazzy Star, Kings of Leon, CHVRCHES, Icona Pop, and Windhand. Find all those and more below.

1) Mazzy Star, Seasons of Your Day. “Seasons of Your Day (out Sept. 24) is the first Mazzy Star record in 17 years, and it comes as the group’s sound is being echoed by younger artists — see Baltimore’s shadowy Beach House and the mutable glam-pop of Lana Del Rey. It’s a lovely, intoxicating record, but the group’s sound has also evolved… Sandoval’s singing has become much more interesting since those early days — her phrasing more nuanced, less somnambulant, no longer so smothered in reverb. David Roback, Mazzy Star’s other central figure, is playing more acoustic guitar alongside his signature summer-of-love electric, and there’s a strong English folk and blues flavor on Seasons that recalls albums by Hope Sandoval and the Warm Inventions, the singer’s project of the past decade.” (via NPR)

2) Kings of Leon, Mechanical Bull. “Kings Of Leon’s sixth LP Mechanical Bull is the band’s first album since an abrupt tour cancellation and subsequent hiatus in late 2011. For Bull, Nathan Followill [said], ‘We had to go back to the blueprint of what we did on our first album, when we locked ourselves in a house and rolled the dice.’ We’ve heard ‘Supersoaker,’ ‘Wait For Me,’ and various live cuts, but now you can hear all the fruits of their dice roll a week early.” — Stereogum (via iTunes)

3) Icona Pop, This Is… Icona Pop. “The unexpected and meteoric success of Icona Pop’s ‘I Love It’ is as much a blessing as it is a curse: The pressure was on for Swedish songbirds Caroline Hjelt and Aino Jawo to repeat that song’s widespread impact — but the too-on-the-nose ‘Girlfriend’ didn’t land well with audiences, and the other follow-up single, the ferocious ‘All Night,’ still has yet to crack the Hot 100 on U.S. radio. That’s a shame: Their debut international LP This Is… Icona Pop (cobbling together a few songs from their self-titled debut, which was only released in Sweden, with some new tracks) is probably the most pristine straight pop release since Carly Rae Jepsen‘s excellent Kiss, all fizzy production, infectious choruses and inventive lyrics.” — Idolator (via Pitchfork)

4) CHVRCHES, The Bones of What You Believe. “Though it can be ominous, even aggressive, CHVRCHES’ music maintains a disarming fizziness. Its sound and approach aren’t arch or unapproachable; this is, after all, a band that frequently covers Prince onstage… It’s toured with Depeche Mode, which says a lot about both its aesthetic — though CHVRCHES opts for sprightly melancholy over the dour seriousness of its heroes — and its ability to draw on synth-driven ’80s pop sounds for inspiration… The Bones of What You Believe does a fine job gathering up all of CHVRCHES’ charms into one diverse but cohesive collection of brightly rendered buzzy wonders.” (via NPR)

5) Windhand, Soma. “[Windhand’s] second album, Soma, is a doomsayer’s dream. Full of epic opuses — how about a 30-minute closing number? — it finds the group doling out extra heavy riffs at a snail’s pace, augmented with piercing feedback and the spooky vocals of frontwoman Dorthia Cottrell… [Guitarist Garrett Morris] says it’s a concept album, with the lyrics and the cover art playing off each other, but he won’t explain. Instead, we have to try and decipher Cottrell’s words by picking out what we can from the purposefully murky vocals.” (via SPIN)

6) Au Revoir Simone, Move in Spectrums. “In 2009, the year Au Revoir Simone released its third album Still Night, Still Light, it felt like every band came from Brooklyn… Then they did the smart thing and jumped off the music-industry merry-go-round just as dream-pop melted into chillwave and everything sounded as if it were being broadcast through the hyper-nostalgic filter of Hipstamatic… Move in Spectrums is so much more awake than Still Night, Still Light; it’s older, wiser and more comfortable in its own skin, and there’s less wistful wallowing. Even in somber numbers like ‘Boiling Point’ and ‘Love You Don’t Know Me’ acceptance’s embrace is what sings loudest. Excitingly, in the album-closing ‘Let the Night Win,’ there’s even a move to shrug off nostalgia altogether. Sonically, it’s the weirdest Au Revoir Simone’s members get on the record, with didgeridoo-like wails, crunchy percussion and that defiant sigh of ‘Can’t relive the moment.'” (via NPR)

7) Frankie Rose, Herein Wild. “Frankie Rose is back with the follow-up to last year’s SPIN Essential, Interstellar… With ‘Sorrow,’ the first track off of Herein Wild, Rose builds on that record’s reverbed dreaminess. She moves even farther away from the garage rock of her early days (Vivian Girls, Dum Dum Girls, the Outs) and expands on her New Wave-y pop leanings, turning in an upbeat, string-enhanced performance with just a hint of Broadcast in the mix.” — SPIN (via Pitchfork)

8) Promised Land Sound, Promised Land Sound. “For years, members of Promised Land Sound made the rounds in the Nashville garage-rock scene, playing with Pujol and alongside various members of JEFF the Brotherhood and Those Darlins. Now, the country-leaning quartet… are ready to unveil their self-titled debut album… Due September 24 via Paradise of Bachelors, the 11-track full-length was recorded in Promised Land Sound’s home city with local studio mastermind Andrija Tokic (producer behind the Alabama Shakes’ Boys & Girls) at his headquarters, the Bomb Shelter… Jem Cohen (member of the Ettes) co-produced the effort, along with Nashvillian guitar phenom William Tyler, who provides acoustic guitar licks on first single ‘Fadin’ Fast’ and contributes electric noodling on opening track ‘The Storm.'” (via SPIN)

9) Love Inks, Generation Club. “Minimalist pop trio Love Inks held onto the material that makes up their soon-to-be-released second album, Generation Club, for quite some time. ‘Many of the songs on Generation Clubwere written a few years ago,’ recalls lead singer Sherry LeBlanc… Luckily, [she] and her bandmates — Derek Brown and Kevin Dehan — were able to remember 10 tracks’ worth of lithe synths, chattering percussion, and colorful melodies that break through the cloudy vocals.” (via SPIN)

10) Rathborne, SOFT. “SPIN premiered [Rathborne’s] ‘Last Forgiven,’ a gentle, sun-speckled chugger, back in May, and now we’re streaming the entire effort. Produced by Rathborne and Emery Dobyns (Battles, Antony & the Johnsons), with mixing and co-production from Gus Oberg and the Strokes’ Albert Hammond Jr., SOFT segues back and forth through the American underground, channeling the garage-rock sludge of Ty Segall in places (see the title track) and resurrecting the melodic charms of R.E.M. in others (‘Wanna Be You’).” (via SPIN)