Tyler, the Creator Goes From Drug Dealer to Murderer on Dark, Rattling ‘Garbage’ 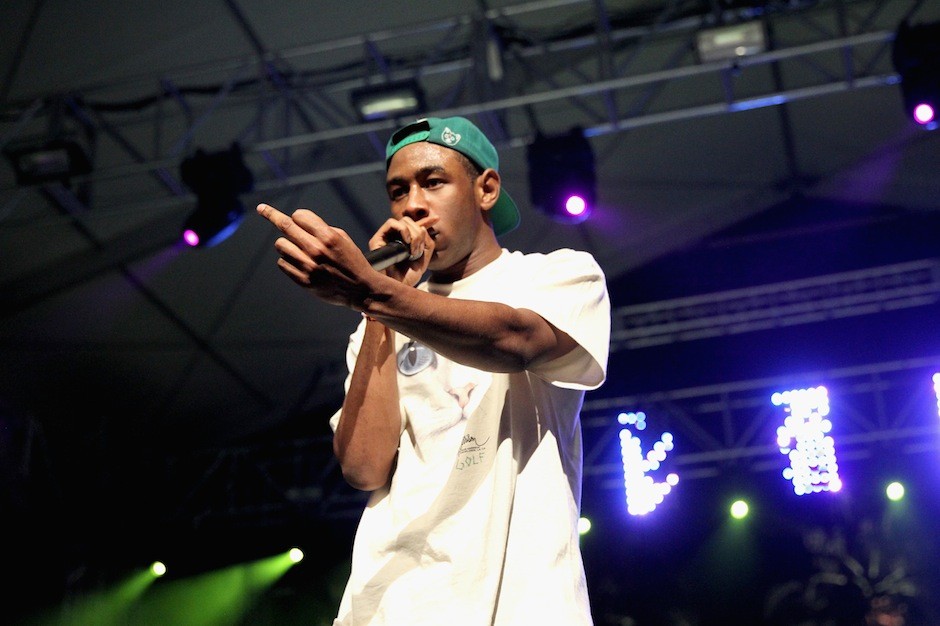 As Odd Future evolves, Tyler, the Creator has steadfastly fought against maturity, for better or worse. On Earl Sweatshirt’s excellent new Doris, there’s Tyler, encouraging his crew member to “go back to that old fucking 2010 shit.” Or take Tyler’s own fascinating, flawed Wolf, where he tries to have it both ways when it comes to what Jay Z once called “that ignorant shit you like.” Tyler’s latest track to surface online, “Garbage,” stays menacing and twisted without cheap provocation. “You could say I kill ‘em, if my product doesn’t,” he raps coolly over minimal boom bap. It’s deadly storytelling, still delinquent, maybe even a little juvenile, but not childish.

Wrote Tyler: “THAT SONG IS CALLED ‘GARBAGE’ AND UH YEAH IF U PLAY IT LOUD ITS COOL GUNSHOTS YEAH ITS ABOUT A DRUGDEALER TURNED KILLER HAHA ITS FUN.” He added: “IDK I WAS BEING CREATIVE ONE NIGHT. I WANTED TO MAKE A BEAT THAT REMINDED ME OF DRUG DEALING OLD FAMLAY CLIPSE TRASHCAN SOUNDING SHIT SO YUH.”

Listen below via Miss Info, which reports the track will be on the soundtrack for Grand Theft Auto V.