Tunde Adebimpe’ Side Project Debuts Menacing ‘The Blast, the Bloom’ 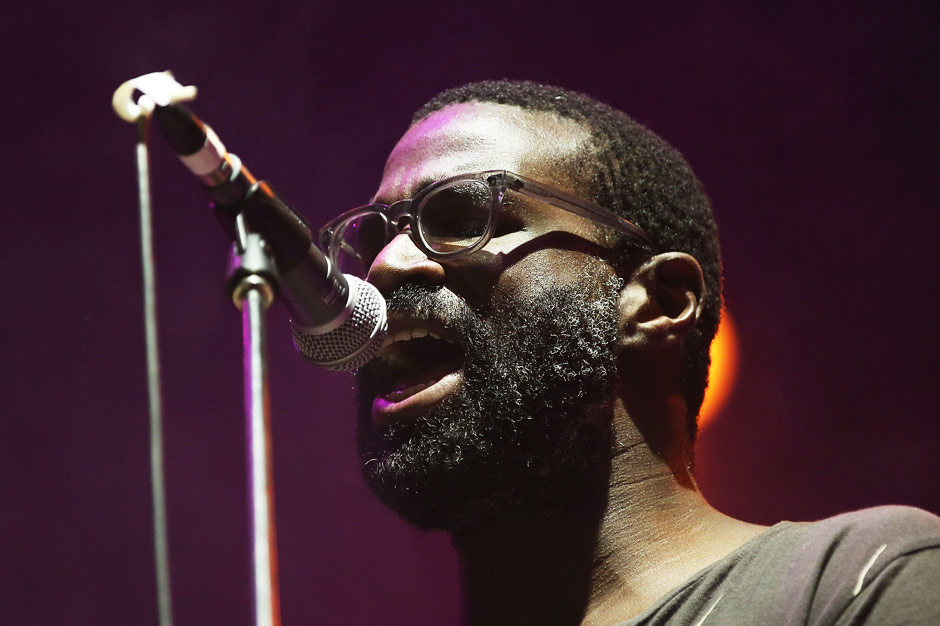 After releasing the one-off track “Mercy” this summer, TV on the Radio are slowly starting to make some noise following a relatively quiet period. While they have yet to announce a follow-up to 2011’s Nine Types of Light, frontman Tunde Adebimpe stayed busy by recording the self-titled debut EP for his side project Higgins Waterproof Black Magic Band. The first taste of that album is “The Blast, the Bloom,” a brooding track that finds Adebimpe singing over fewer electronic sounds than TVOTR, with a menacing bass groove and some far-out guitar work that accentuates his stark vocals. The band — named after a brand of ink and rounded out by Ryan Sawyer, Josh Werner, and Alex Holden — will release the EP on October 1 via their own label, ZNA Records, and will perform every Sunday at Brooklyn’s Union Pool that same month.