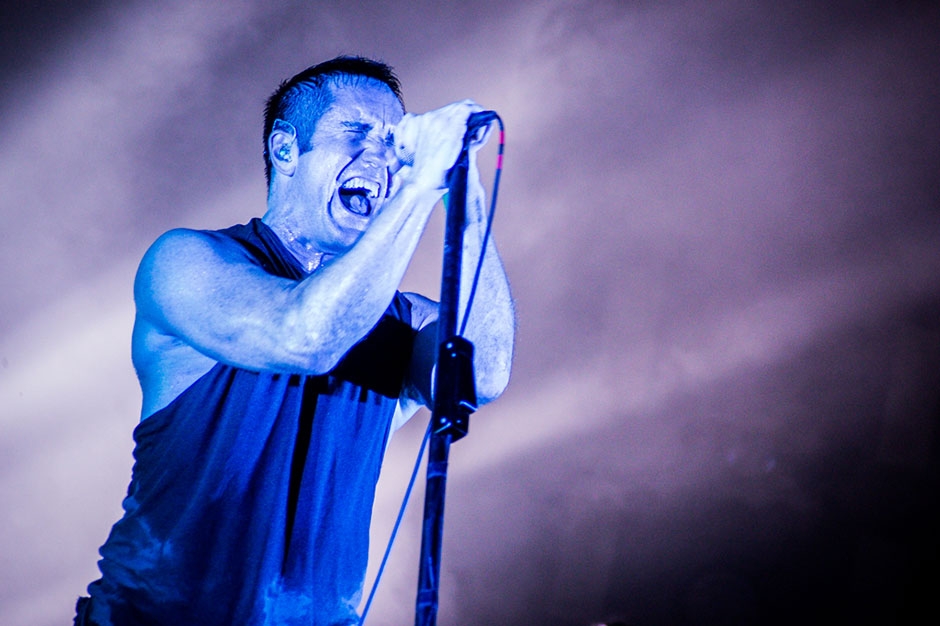 When Trent Reznor first revealed that Nine Inch Nails’ comeback album, the fast-approaching Hesitation Marks, would be released on Columbia Records, the news was a little startling. Before Reznor temporarily retired the NIN moniker in 2009, the project’s two previous studio efforts — 2008’s Ghosts I-IV and The Slip — were self-released. Now, in an upcoming SPIN cover story, Reznor explains why he decided to return to a major record label for Nine Inch Nails’ first full-length in five years.

“After a few years [of self-releasing] what I felt was that if I think long and hard about what I’m trying to do as Nine Inch Nails, I’m trying to make the best thing I can make,” Reznor told SPIN’s David Marchese. “And I also want as many people as possible to be aware that it’s out there. I’m not gonna cater to your tastes: ‘Oh you’re into dubstep? Check out this thing. What else do you like?’ Not that. But I’d like you to know that I have something out that you might be interested in. If you’re into it great — on my terms.”

The Oscar winner, who moonlights with How to Destroy Angels, also noted that industry-wide downsizing and belt-tightening has drastically reduced staffing at majors, leaving only the most capable talent.

“If there used to be 100 people at a major working on a record now there are 18, but they’re the good ones,” he said. “There’s a lean, mean hunger. I’m not trying to be a major label apologist, I’m just telling you what I saw. Now, instead of me trying to figure things out, there’s an extra 15 people and the sense that someone in France was aware of what we were doing — instead of us hoping we’d remembered that France existed. So when a Nine Inch Nails album was in the works, and the mission was to try to make as many people aware of it as we can, we thought, ‘Let’s try it. Let’s see what happens.'”