The Weeknd and Drake ‘Live For’ Whining About Success 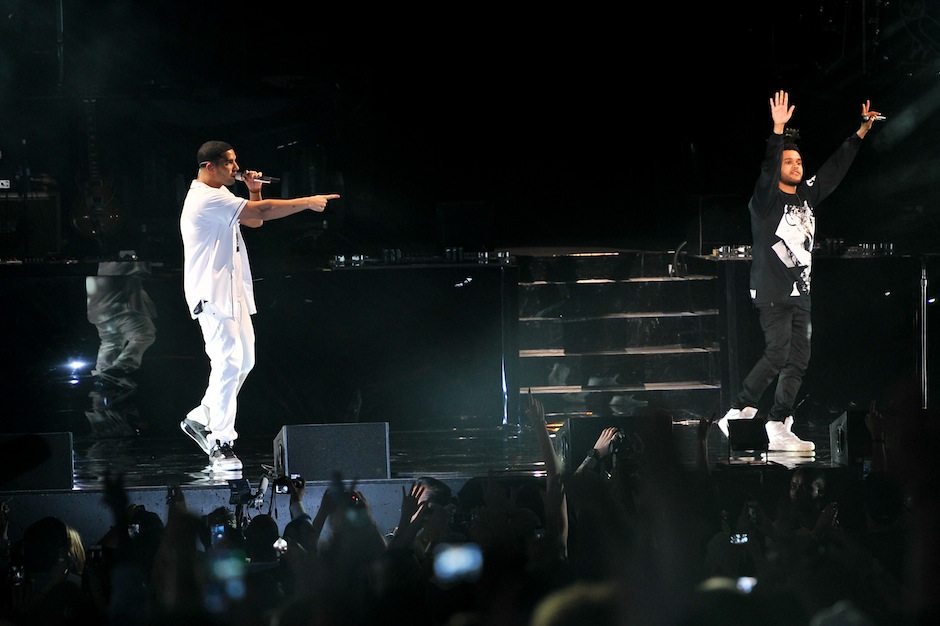 That OVO and that XO are together again, but they haven’t progressed as much as we’d hope. Drake and fellow Toronto R&B aficionado Abel “the Weeknd” Tesfaye shared an artistic affinity documented on Take Care’s “Crew Love” and Trilogy’s “The Zone.” Though their approaches differ, both are interested in examining the darkness and doubt that apparently goes with being rich, successful, and intoxicated in various sexytime VIP sections.

Drake’s recent, no-holds-barred “5AM in Toronto” led to some speculation that he was dissing the Weeknd. But Tesfaye was one of the many performers — Kanye West included — who took the stage at Drake’s OVO Festival earlier this month. And here the two are together again on new the Weeknd track “Live For,” built out of a delicate acoustic loop, clappy percussion, and regal electronic ripples.

The song is sumptuously introspective, but on first impression it’s a bit too on the nose. Here’s Tesfaye complaining in falsetto about a threesome; there’s Drake trolling us by comparing himself to Prince, then proclaiming that, no, really he’s the king. The Weeknd sings the hook —”It’s that shit that I live for / It could be what I die for” — which reads like a TV characters making a mistake in a way that only serves the script: Sure, the plot careens forward, but there’s still a sense of missed opportunity. Especially in the midst of a stellar Drake streak that also includes “Hold on We’re Going Home,” “All Me,” and “The Motion.”

The Weeknd’s Kiss Land is due out September 10, and Drake’s Nothing Was the Same arrives September 17. Not sure where “Kiss Land” is, but if it’s such a bummer, perhaps these two can find a new hang-zone next time.