Mural Made Famous by the Doors Will Be Recreated Without Them 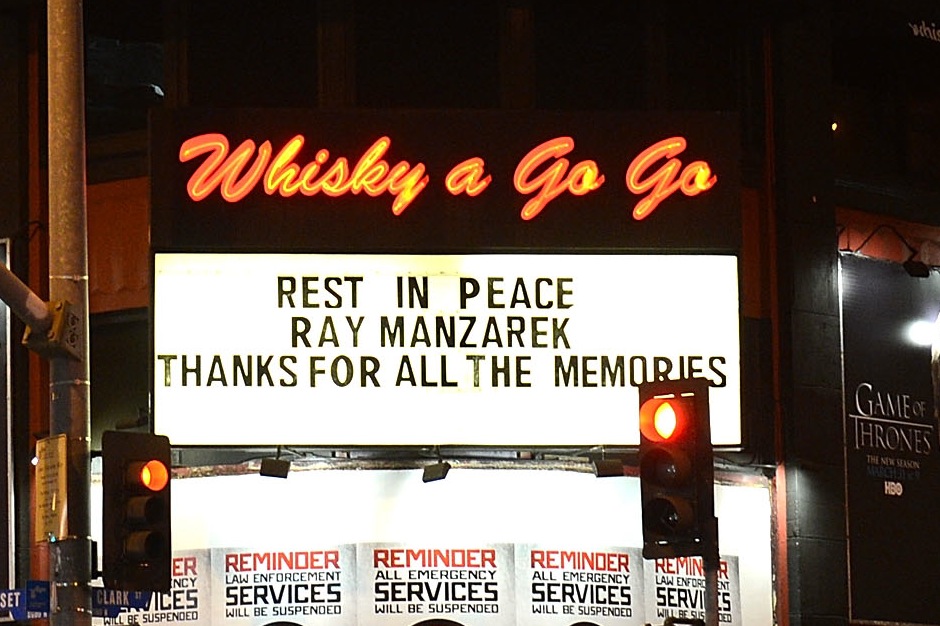 The Doors’ legacy has long been subject to disputes. For instance, drummer John Densmore refused to join the band’s early-’00s quasi-reunion when his former bandmates performed with the Cult singer Ian Astbury as the Doors of the 21st Century. More recently, a Los Angeles mural that would have featured the Doors’ images has run into resistance from a less predictable source: the artist who originally painted it.

As the Los Angeles Times reports, a Venice Beach mural made famous as the backdrop in December 1969 publicity photos of the band is being recreated. Although the plan was originally to have added paintings of the Doors to the redone work, that has now been scuttled. In early 1969, artist Victor Henderson painted the mural, meant to resemble an old street, complete with a “Drink Coca-Cola” sign (see it here and here). Photographer Henry Diltz captured the images of the band there ahead of the release of 1970’s Morrison Hotel. The mural was damaged and defaced over time, but recently the building’s owner, Ralph Ziman, realized what he had and asked painter Clinton Bopp to redo it.

It was reportedly Bopp’s idea to paint Jim Morrison and the rest of the Doors into the new mural. When work on the recreation was about to begin, the remnants of Henderson’s original painting were destroyed to make way. Henderson showed up a day before Bopp was going to start putting the Doors into the mural. As the Times reports, he was irked that he hadn’t been notified before his work was erased (California law requires an artist be given 90 days’ notice). And he didn’t believe Morrison would want his image to be used this way.

The copyright question here would have been tangled, but happily the sides came to a resolution. The Doors won’t appear in the mural. And an archivist is advising Bopp on the colors. Morrison died in 1970, and organist Ray Manzarek passed in May. Of the two other surviving Doors members, the Times spoke with Densmore, who indicated he wouldn’t have a problem with being incorporated into the mural (though presumably he’d rather Ian Astbury be left out of it). Bopp has said he’s thinking about moving the Doors’ images over onto signs that could be placed in front of the mural. One way or another, a memorable piece of art — and music history — is returning to the neighborhood.