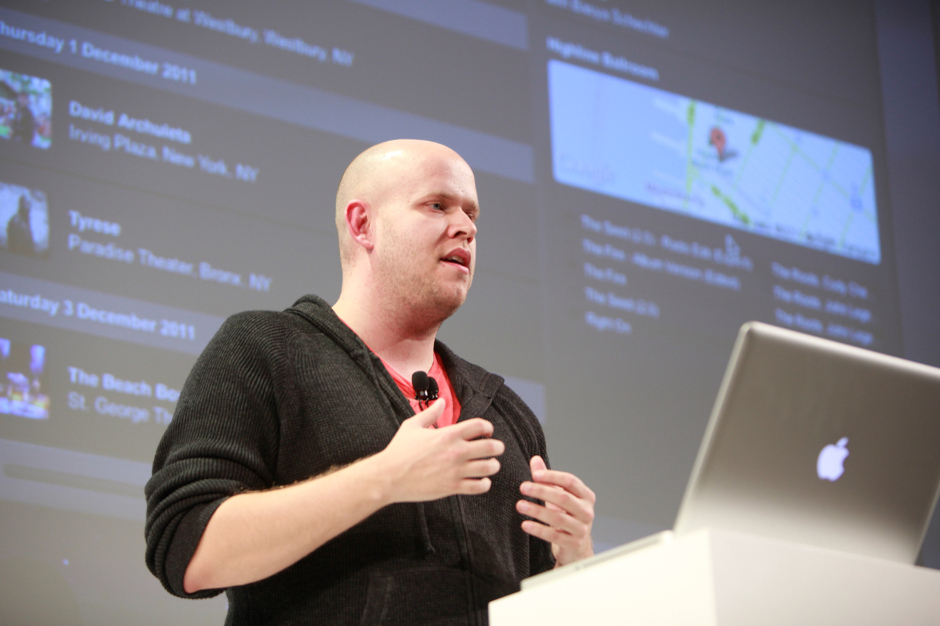 Jay Z wasn’t specifically talking about streaming music services when he proclaimed that “the Internet is the Wild, Wild West” in an ad/album preview for Magna Samsung Holy Sellout, but more and more, services such as Spotify and Pandora have become the new battleground areas for artists who claim they receive unfair royalty rates.

Nigel Godrich and Thom Yorke lit the fuse last month when they removed Atoms for Peace, Godrich’s side project Ultraísta, and Yorke’s solo work from Spotify, with Yorke tweeting that they were “standing up for our fellow musicians.”

Godrich added, “The reason is that new artists get paid fuck all with this model,” and argued that the streaming business is untenable for small labels and new artists. “It’s an equation that just doesn’t work.”

In an interview with Wall Street Journal, Spotify CEO Daniel Ek didn’t specifically call out Yorke and Godrich, but disputed that the company is artist-unfriendly.

“I’m not surprised, but I’m saddened by it,” Ek said, when asked about artists’ frustrations. “[The move from physical music to digital] is the single-biggest shift in the industry since the invention of the recording. We’re selling access, not ownership; that’s something very, very different. And, you know, the focus of the artist ought to be how you maximize the number of streams, because that, in turn, will be better long-term for you.”

According to Ek, artists are confusing streams with downloads and reacting accordingly. “All they see is millions of streams, and they see, you know, not millions of dollars in the end, but thousands of dollars, and they think that a million streams is comparable to a million downloads, which it obviously isn’t. Sure, you’re going to stream that Rihanna song five or 10 times, but you’re also going to listen to David Bowie’s entire back catalog, which you might not have gone out and purchased. Those are two very, very different behaviors.”

Spotify, of course, isn’t the only service navigating these #newrules. As we told you in January, Pandora lobbied last year for permission to lower its royalty rates, which unlike Spotify’s are set by law. A wide range of artists, from Brian Wilson to Rihanna, opposed the legislation, dubbed the Internet Radio Fairness Act, which is currently tabled in Congress.

No one knows exactly how this’ll all play out, but soon, we may have to add to our list of prominent artists who refuse to put their music on Spotify.