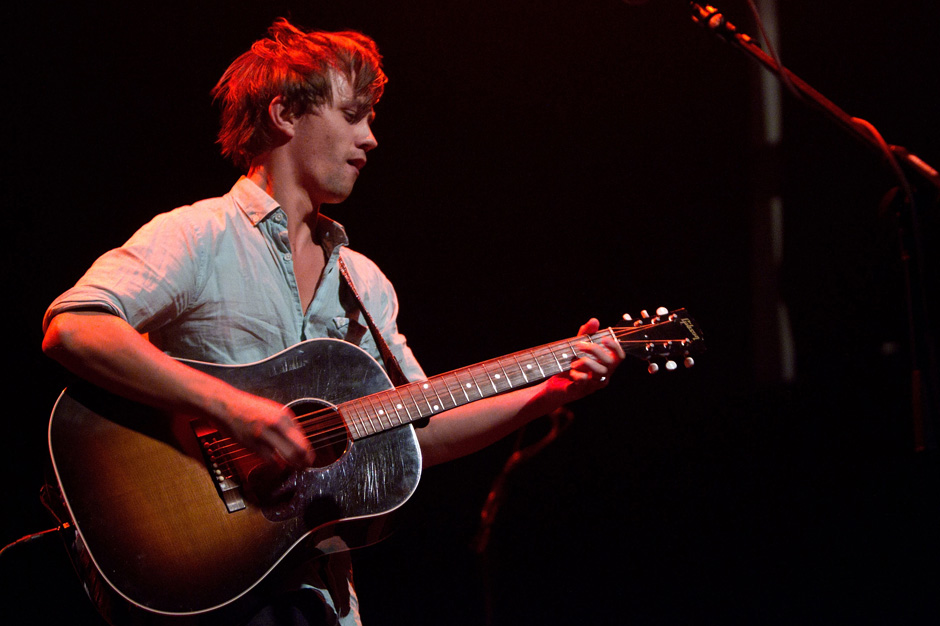 Scott Walker’s solo career officially started on September 16, 1967 with the release of the recently reissued Scott. September 16, 2013 will see the unveiling of another project linked to the avant-pop master: Songs From Montague Terrace — A Tribute to Scott Walker. According to Walker’s Facebook page, the compilation will feature contributions from Nightlands, Coves, Bright Light Bright Light, Dax Riggs, Eugene McGuinness, and more.

Our first taste of the collection comes from Norwegian singer-songwriter Sondre Lerche, who recorded a faithful rendition of Walker’s “The Plague,” which originally served as the B-side to 1967 single “Jackie,” a song that eventually became the opening track to 1968’s Scott 2. Long before he delved into the apocalyptic art-rock experiments of The Drift and Bish Bosch, this sort of lushly gloomy orchestral pop was a specialty of Walker’s.

For his part, Lerche settles comfortably into this mode, retaining the song’s basic arrangement and the taunting “La, la, la, la, la” backing vocals. Still, the Heartbeat Radio tunesmith also adds some rust to the original’s soft edges with plodding percussion and squeals of feedback. Stream the track below (via TwentyFourBit) and stay tuned for further details on Songs From Montague Terrace.