To be recorded in New Orleans, released on her new label 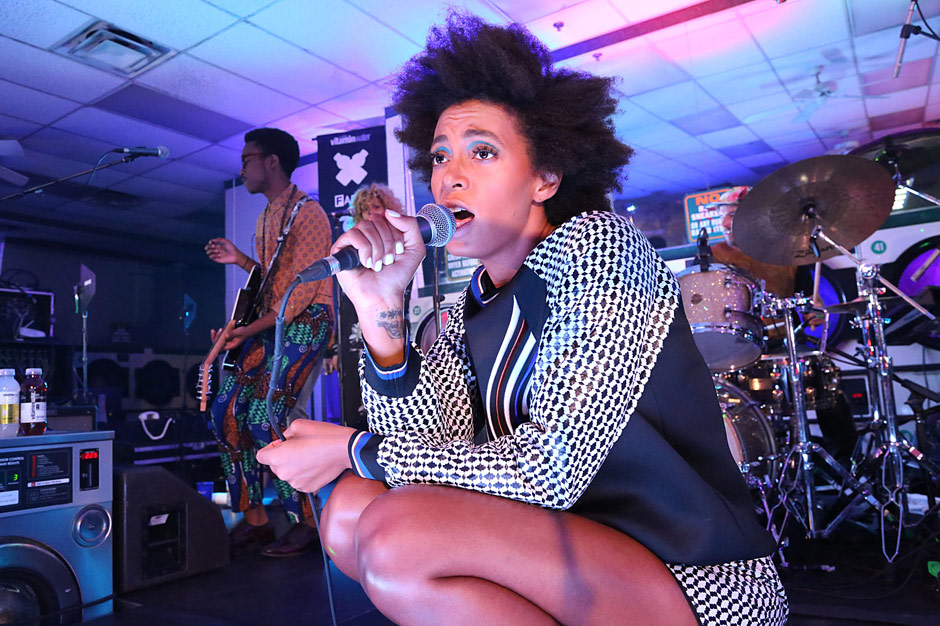 Solange is a ways off from releasing her next full-length album, but she’s giving fans plenty to be excited about. After performing in a Brooklyn laundromat earlier this week, she sat down for an interview with Miss Info and revealed that the LP will feature songwriting partnerships with Dirty Projectors mastermind Dave Longstreth, Chairlift multi-instrumentalist Patrick Wimberly, and Drake collaborator Sampha.

Worth noting: The younger Ms. Knowles ably covered DP’s “Stillness Is the Move” back in 2009.

Solange is also planning to split the recording process between Long Island City in Queens (close to her Brooklyn home) and New Orleans, where she’ll also be living part time. “Recording there I’m sure will seep into the record in some kind of way,” she told Billboard. “But I’m gonna be back and forth between here [New York] and New Orleans, and there’s obviously so much great music happening here as well.”

Her follow-up to the True EP will be released through her new label Saint with Sony distribution. The deal will also allow her to sign artists and release other projects. “I have so many friends who’ve put me on to so much great music,” she said. “And we just have that endless conversation about new upcoming great artists that might not get the exposure they deserve … There’s so much magic happening right now on an independent level.”

And though she doesn’t have a release date for her next record, Solange is on a self-imposed deadline: “When you have a goal in mind you definitely stay motivated. I’m trying to stay motivated because I know it took four years before my last record came out. [Laughs] That is not happening — it’s gonna come out next year.” Pass the time by listening to her Kendrick Lamar-assisted remix, “Looks Good With Trouble.”