Robin Thicke to Marvin Gaye’s Family: Let’s Get It On (in Court) Over ‘Blurred Lines’ 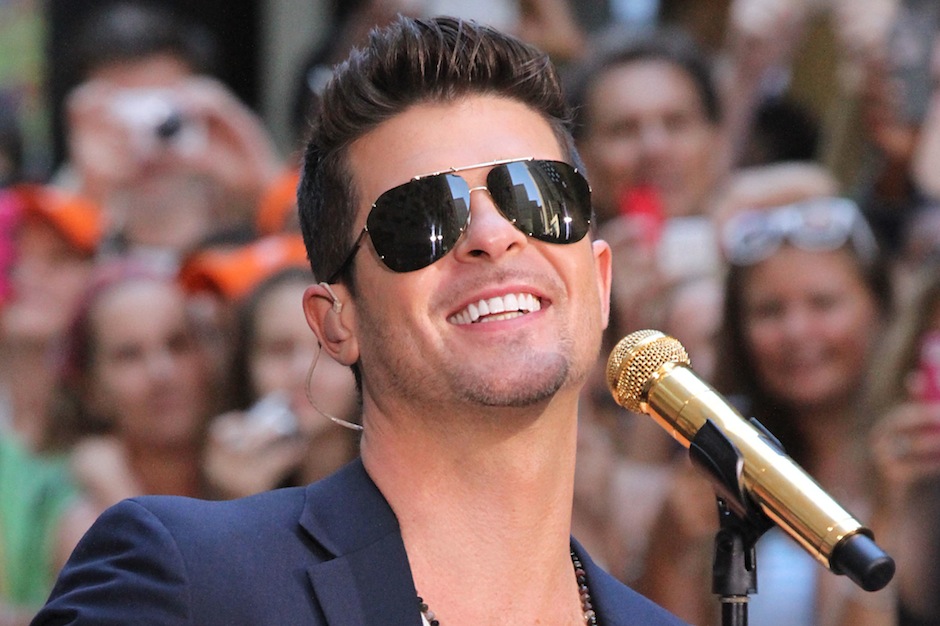 Robin Thicke’s infamous “Blurred Lines” video features balloons that spell out the words “Robin Thicke has a big dick,” but the pop crooner is also showing some serious, um, chutzpah. Thicke told GQ the chart-ruling title track from his latest album was inspired by Marvin Gaye’s 1977 “Got to Give It Up.” Now, according to the Hollywood Reporter, Thicke and his “Blurred Lines” wingmen Pharrell and T.I. have filed a lawsuit against Gaye’s family. They’re also suing Bridgeport Music, which owns the rights to some Funkadelic songs.

The lawsuit is a preemptive move. Thicke, Pharrell, and T.I. claim that the Gayes and Bridgeport are threatening to sue them on allegations that “Blurred Lines” is too similar to “Got to Give It Up” and Funkadelic’s 1974 “Sexy Ways.” The “Blurred Lines” hitmakers are asking a judge to declare that their song doesn’t improperly copy the Gaye or Funkadelic tracks. They’re also going further, asking the judge to rule that even if “Blurred Lines” did come too close to “Got to Give It Up,” Gaye’s family doesn’t have standing to sue over the song.

SPIN’s reviewer Keith Harris noted the similarity between Thicke’s song and Gaye’s. “Just as he’d boosted Chuck Brown’s ‘Bustin’ Loose’ for Nelly’s ‘Hot in Herrre’ more than a decade ago, Pharrell revamped Marvin Gaye’s ‘Got to Give It Up Pt. 1′ for a throwback too buoyant to be truly retro,” he wrote. “And a come-on too ingratiating to be truly offensive, right?”

As for Funkadelic theft, the now-defunct funk band’s leader has already disputed the potential allegations. George Clinton wrote on Twitter, referring to the head of Bridgeport Music, “No sample of #Funkadelic’s ‘Sexy Ways’ in @RobinThicke’s ‘Blurred Lines’ — yet Armen Boladian thinks so? We support @RobinThicke @Pharrell!” (THR notes that Clinton has disagreed with Boladian in the past.)

Now if only someone would ask a judge to rule on whether “Blurred Lines” is 2013’s “song of the summer.”