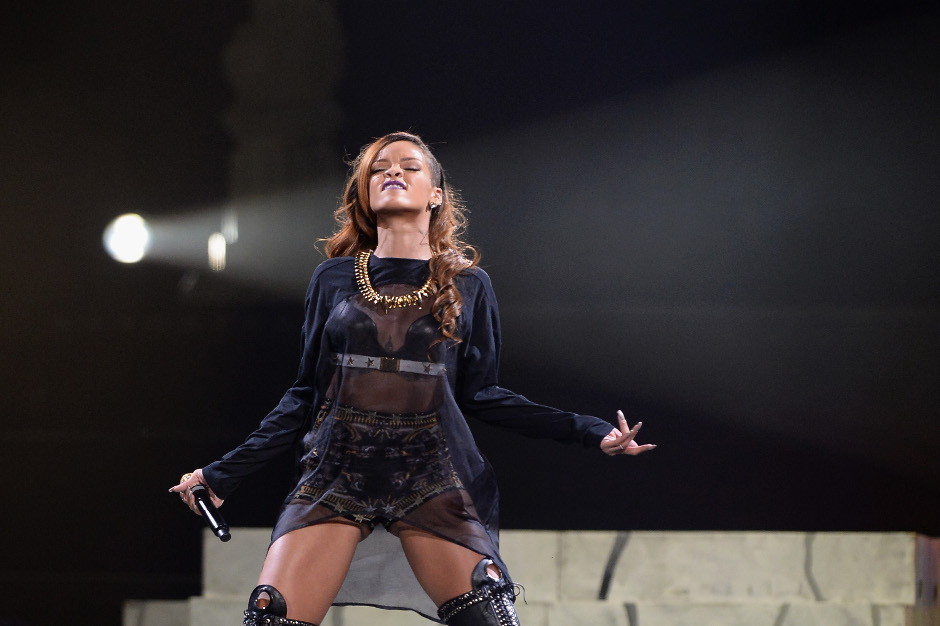 Well, this is awkward. The company that handled funeral arrangements for Rihanna’s grandmother is suing the singer over an unpaid $150,000 bill, according to TMZ.

After Clara Brathwaite died in June 2012, Rihanna threw her grandmother a lavish funeral with, according to TMZ, “tents, multimedia large screens and huge exotic floral arrangements.” The unnamed company claimed that RiRi only paid one-quarter of the bill and felt that the total amount was exorbitant and refused to pay the balance.

One month after the death of her grandma, Rihanna spoke to Oprah Winfrey about “Gran Gran Dolly”: “She was a legend. She taught me a lot about forgiveness and loving my enemies,” the singer said. Rihanna canceled a string of performances in 2012 to be with Brathwaite, then in the final stages of cancer. “I didn’t know how important those days would be,” Ri said. “I didn’t know what else to do. We knew she was sick for a long time so we were grieving her as she was alive. You take in every moment.”

The lawsuit is just the latest instance of  Mo Money Mo Problems for the singer. Last month, Rihanna won a $5 million lawsuit against British clothing shop Topshop for using her unlicensed image on T-shirts. This came one week after she was forced to pay $47,000 (presumably fished out of her purse and thrown at the court with a scowl) over missed court dates stemming from a lawsuit she brought against her accountants. On the more ridiculous end of the spectrum, a New York woman sued cosmetics company MAC, claiming that Rihanna-branded lipstick gave her herpes. What we’re saying is: This has been a phenomenal year for Rihanna’s lawyers’ bank accounts.

Presumably reeling from all these lawsuits, the singer posted more bikini pictures on her Instagram. We all cope differently.