24 years of Christmas B-sides could get bundled for charity 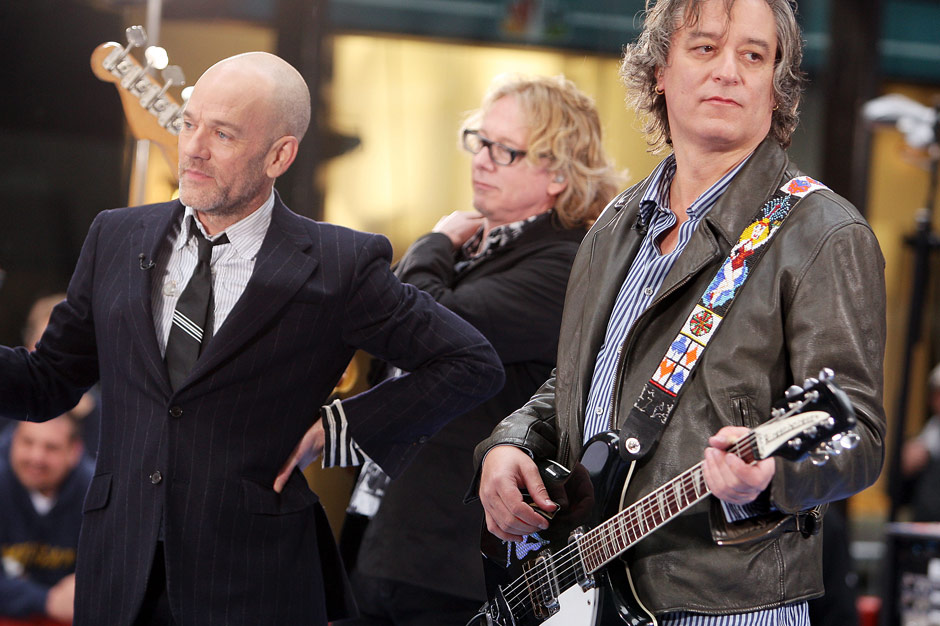 R.E.M. are still broken up and have “zero plans” to get back together according to Mike Mills. But for those still murmuring over that non-reveal, here’s some proof that this doesn’t have to be the end of the world as any of us know it: the Athens jangle-pop giants are aiming to release a box set comprising every fan-club single they ever recorded.

Guitarist Peter Buck told the BBC that R.E.M. will “one day” put all 24, two-song vinyl sets into a box set and sell it for charity. From 1988 until shortly after their fall 2011 split, the band sent a special single to their fan club annually as a Christmas present. Included: holiday classics; exclusive B-sides; collaborations with Radiohead and Neil Young; and a slew of punk covers including a version of Mission of Burma’s “Academy Fight Song.” Only 6,000 copies of each were pressed, and sometimes they’d come on colored vinyl or packaged with items like baseball caps and coasters, all for the annual fee of $10.

“I just liked the idea,” Buck said. “I was never in the Beatles fan club but … I really liked the fact you would get a weird thing in the mail every year. So every year, R.E.M. put out a record. It was all material that had never been released anywhere else.”

There’s no timetable on the release yet, so if you’re impatient, you can buy a complete original set for $1,100. Meanwhile, check out R.E.M. and Young performing “Country Feedback,” their 1999 fan-club contribution, below.