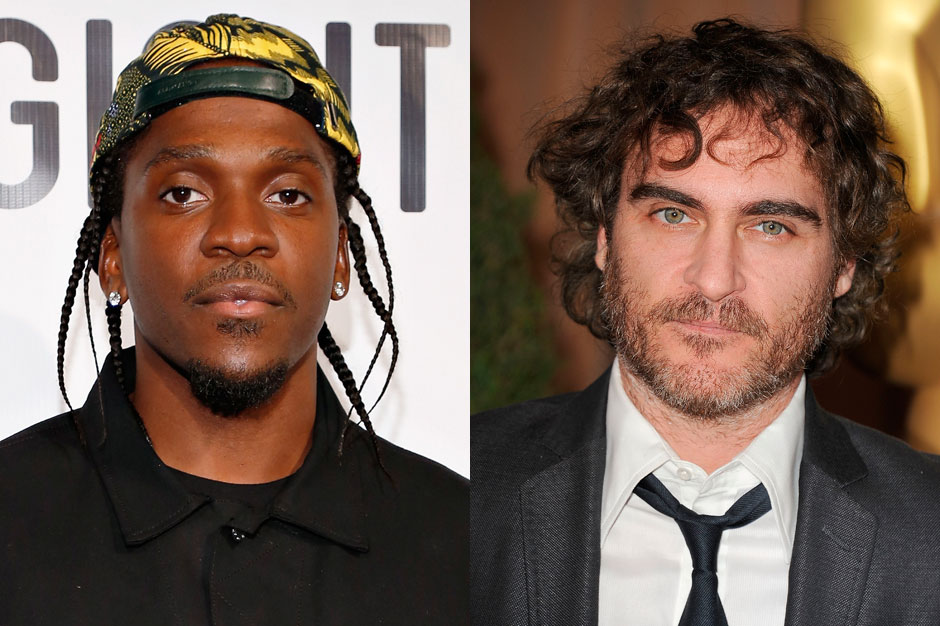 Kanye West’s studio sessions over the past handful of years have often been about as absurd as the rest of his life. Yeezus featured pop-ins from characters as disparate as Salem’s Jack Donoghue and M.I.A.’s ex-husband Ben Bronfman while the Watch the Throne studio sessions included a cameo from Russell Crowe. But Pusha T’s upcoming G.O.O.D. Music debut album will feature Kanye’s most bizzare crossover yet: a beat produced by actor Joaquin Phoenix. That is according to Pusha himself, who told Vibe that West slid him the beat in June after the two went back to retool his album.

“One of those beats was from Joaquin Phoenix, and it’s probably gonna be … I want it to be the intro to my album,” he said. “When I heard it I knew it was mine, man. Soon as I heard it I was like, ‘Listen. I hope you’re not playing this for me just to show me how good this beat is.’ Of course I ended up with it. I got it!”

Phoenix, of course, has a history of sorts with rap music. The 2010 mockumentary I’m Still Here followed Phoenix around as he embarked on a hoax-rap career that involved a “performance” in Miami and an in-character appearance on Late Show With David Letterman. Hopefully Pusha is wise to any potential pranks here. His album was slated for a July 16 release, but that has been pushed back with no new release date.

Pusha also told Vibe that there is “no production in the world” better than the beats on My Name is My Name. That arguably holds true for its lead single “Numbers on the Board,” but the jury is decidedly out on Phoenix’s contribution.