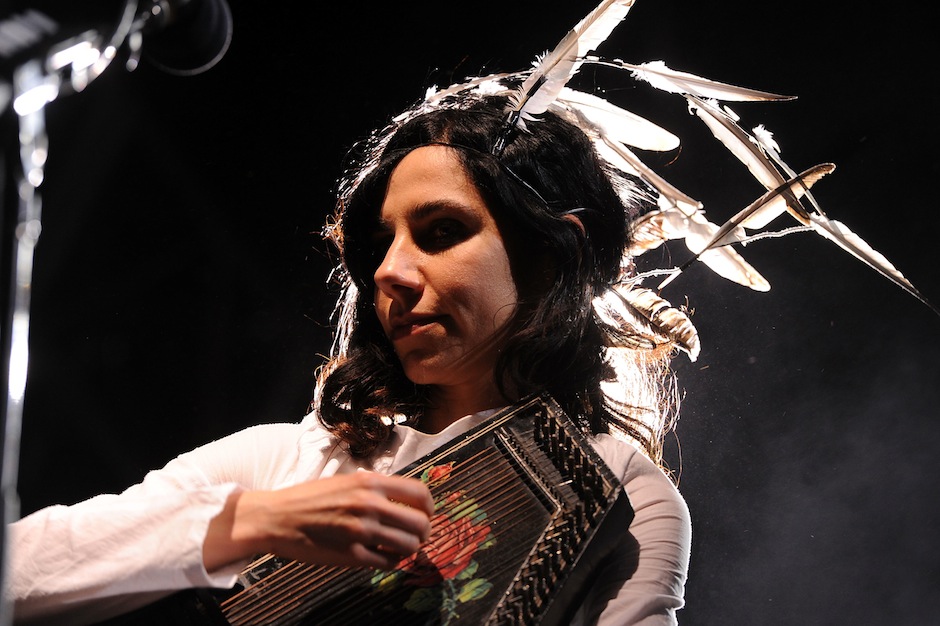 Protest songs are a tricky genre, with no guaranteed formula for success. Sometimes a serious tone and case-specific detail can elevate protest to art; other times a more general perspective and uplifting, inclusive setting can accomplish the same feat. PJ Harvey was too wise to let her 2011 album, Let England Shake, be framed as a simple political record, but her lyrics’ focus on the particulars of a 1915 war transcended their historical subject matter to comment on contemporary — and, perhaps, future — conflicts.

Over the weekend, Harvey posted a new song for free download on her website. Titled “Shaker Aamer,” the track is delivered from the perspective of the Guantanamo Bay prisoner of the same name. It’s specific and direct, with little more than Harvey’s echoey voice over jagged electric guitar strums and a smattering of percussive rumble. It’s also deadly serious, in a way that ought to induce goosebumps. “Four months hunger strike / Am I dead or am I alive?” Harvey intones.

Aamer, the last U.K. resident imprisoned at Guantanamo, has been “detained” for 11 years without charges. Both the Bush administration and the Obama administration have cleared him for release, yet he still remains imprisoned. Harvey’s pointed, moving song should at the very least make more people aware of Aamer’s plight — and, just maybe, intensify calls for Aamer’s release, so he can see his British wife and four children (including the one he has never met). Not every protest song achieves its desired results, but this one still might.