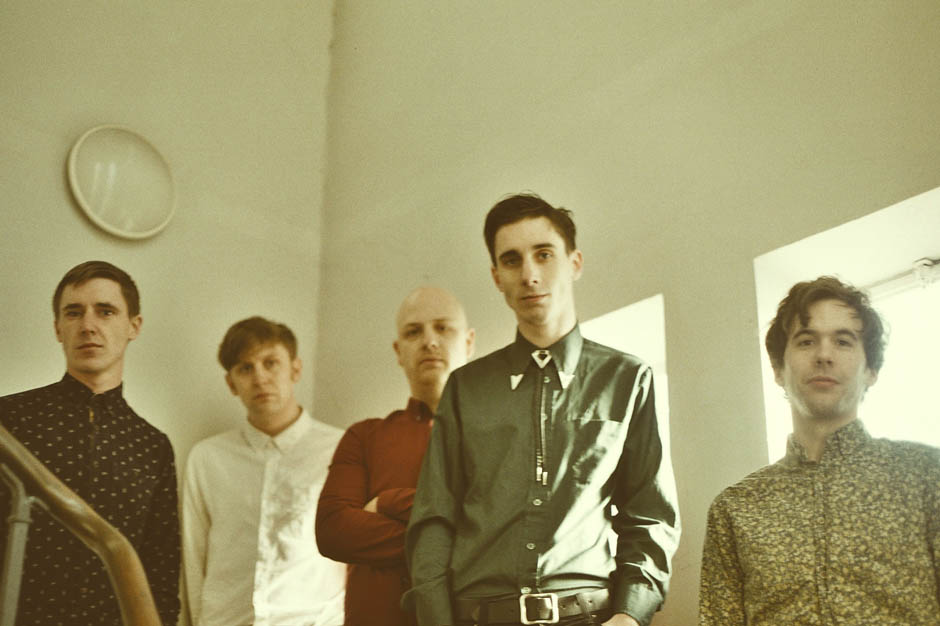 Since they first emerged in 2011, Liverpool’s Outfit have issued a number of apocalyptic-pop singles (“Every Night I Dress Up As You,” “Firemen Don’t Fly”) and the R&B-inflected 2012 EP Another Nights Dreams Reach Earth Again. Now, the noir five-piece are ready to drop their self-produced debut album, Performance, on August 12. The 10-track mood piece marries tight, dance-friendly live instrumentation and meticulously crafted samples that draw from field recordings and everyday noises. Despite their tendency to skew dark, Outfit are often compared to another synth-savvy U.K. crew: Hot Chip. Guitarist Nick Hunt acknowledged the comparison in a recent interview with Fact, saying, “Even though I think we make different music, I completely get the connection… Our record is influenced texturally and sonically by a lot of bands Hot Chip are also influenced by, like This Heat and Cluster.”