"Six hundred bucks well spent — not that we had it at the time." 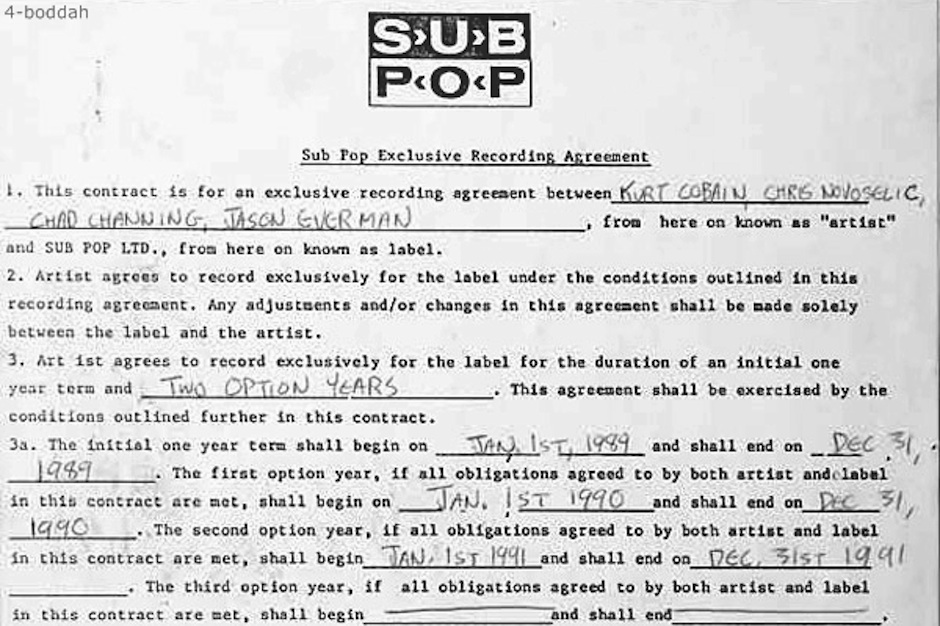 Nirvana rarities keep coming out of the grunge-y woodwork. Yesterday a creepy director’s cut of the classic “Heart-Shaped Box” video surfaced, via the upcoming In Utero deluxe reissue. The band’s early label home, Sub Pop, has also been having a little fun with its role in Nirvana’s legacy lately, playing along with a college student’s random request for a Nirvana video shout-out.

Now Seattle indie mainstay has gone further, posting on Tumblr what it says is “Nirvana’s original contract with Sub Pop.” The label adds, “Six hundred bucks well spent — not that we had it at the time.”

Read it and weep, or wax nostalgic, or just rejoice that this exists and is online. David Grohl hadn’t joined the band yet, so Kurt Cobain is joined by Krist Novoselic (spelled “Chris”), Chad Channing, and Jason Everman. And sure enough, the first year entitled Nirvana to a $600 advance.

As Short Form Blog notes, “Is that pencil?” 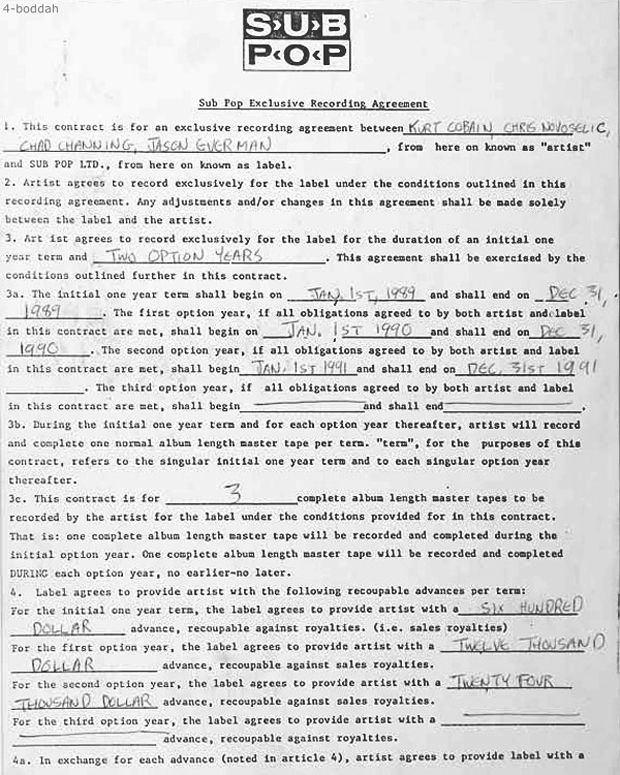