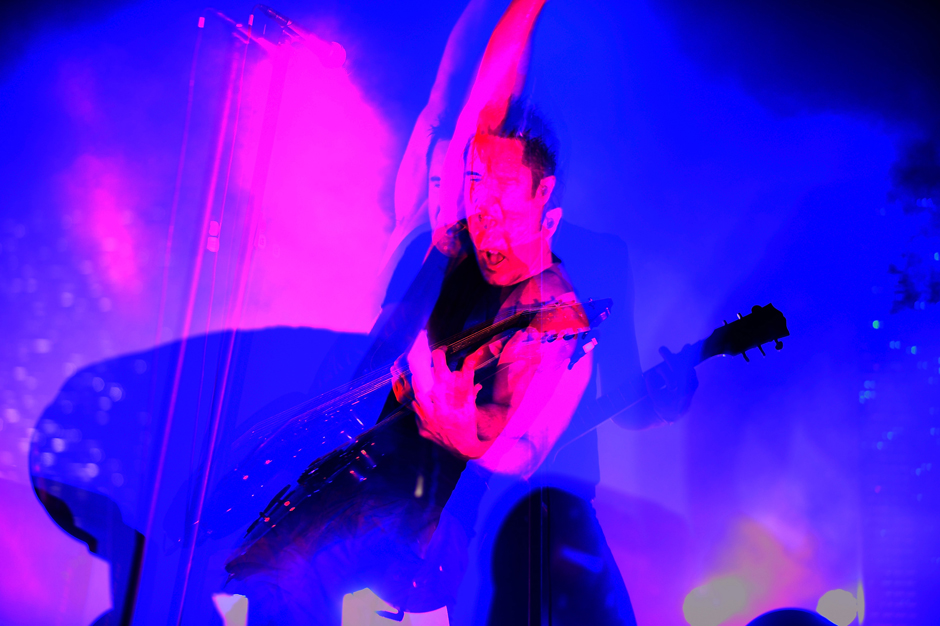 In an excerpt from a bonus interview included on the iTunes Deluxe Edition of Nine Inch Nails’ Hesitation Marks, Trent Reznor discusses the influence of the band’s 1994 classic The Downward Spiral on the new material. “Any time I sit down and write music, the first part of that is always centering myself and thinking about who I currently am … This time that process involved thinking about who I used to be,” says a particularly contemplative Reznor. (Though the track is titled “In Conversation With…,” it still isn’t clear with whom he’s, um, conversing.)

“I started really thinking a lot about who I was back in the Downward Spiral days, writing that album. Not so much the album, or how it sounds, or even really what it was about, but who I was then and who I’ve become now … how i’ve changed internally, et cetera.” Reznor went on: “Now in terms of making that connection more literal to Downward Spiral, the choice of reaching out to Russell Mills, later in the process, to actually proved the artwork was certainly a conscious trail of breadcrumbs. The choice of using to same font — we were making the connection here.”

Toward the end of “In Conversation With…,” he explains (spoiler alert), “Sometimes I’m afraid of comfortable,” before segueing into a discussion on how he and the gang flirted with (and presumably executed) the idea of bringing in an outside influence to disrupt things a bit. Yesterday afternoon (August 22) thanks to Zane Lowe we heard a brand new song from Hesitation Marks, due out September 3. Stream the shadowy slow-burner “Find My Way” now.

Listen to the “In Conversation With…” excerpt: