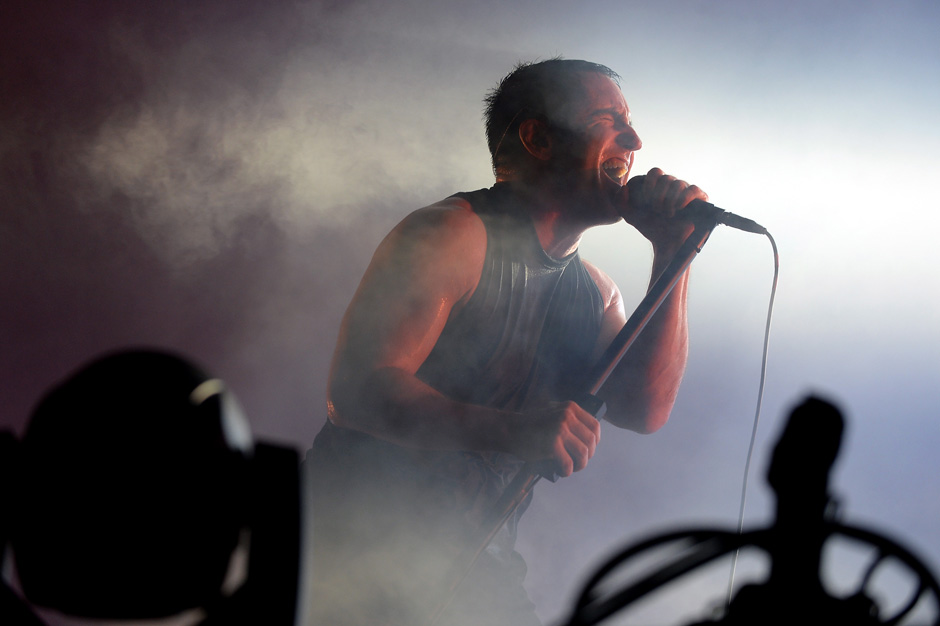 UPDATE: The video has been disabled.

Nine Inch Nails played their first American show since 2009 at Lollapalooza this past weekend, delivering a stunning 100-minute set that SPIN ranked as the undisputed highlight of the festival’s first day. “The sound was like a minimalist remix molded in their own influences,” SPIN’s Christopher R. Weingarten wrote. “Equal parts Chicago house and Tubeway Army, playing songs like 1989’s ‘Sanctified’ with no guitars and letting Reznor bang a tambourine (!) on his chest for this year’s ‘Came Back Haunted.‘” Now, fans who couldn’t make it out to Chicago’s Grant Park can witness the entire show above.

Trent Reznor dusted off several NIN standards (“Closer,” “Hurt,” and “Head Like a Hole”), plus a handful of new tracks (the aforementioned “Came Back Haunted,” “Copy of A”, and “Find My Way”) set to appear on the industrial icons’ upcoming September 3 album, Hesitation Marks. As for the stage show, SPIN noted that “[the] much-ballyhooed light show was actually more of a ‘shadow show,’ blasting the band’s likenesses 20 feet high or letting them move as silhouettes drowned in a screen’s glow. Lights blurted out like machine gun fire during ‘March of the Pigs’ and scrolled like Men in Black eyeball scanners during ‘The Wretched.'” Pretty hate machine, indeed.