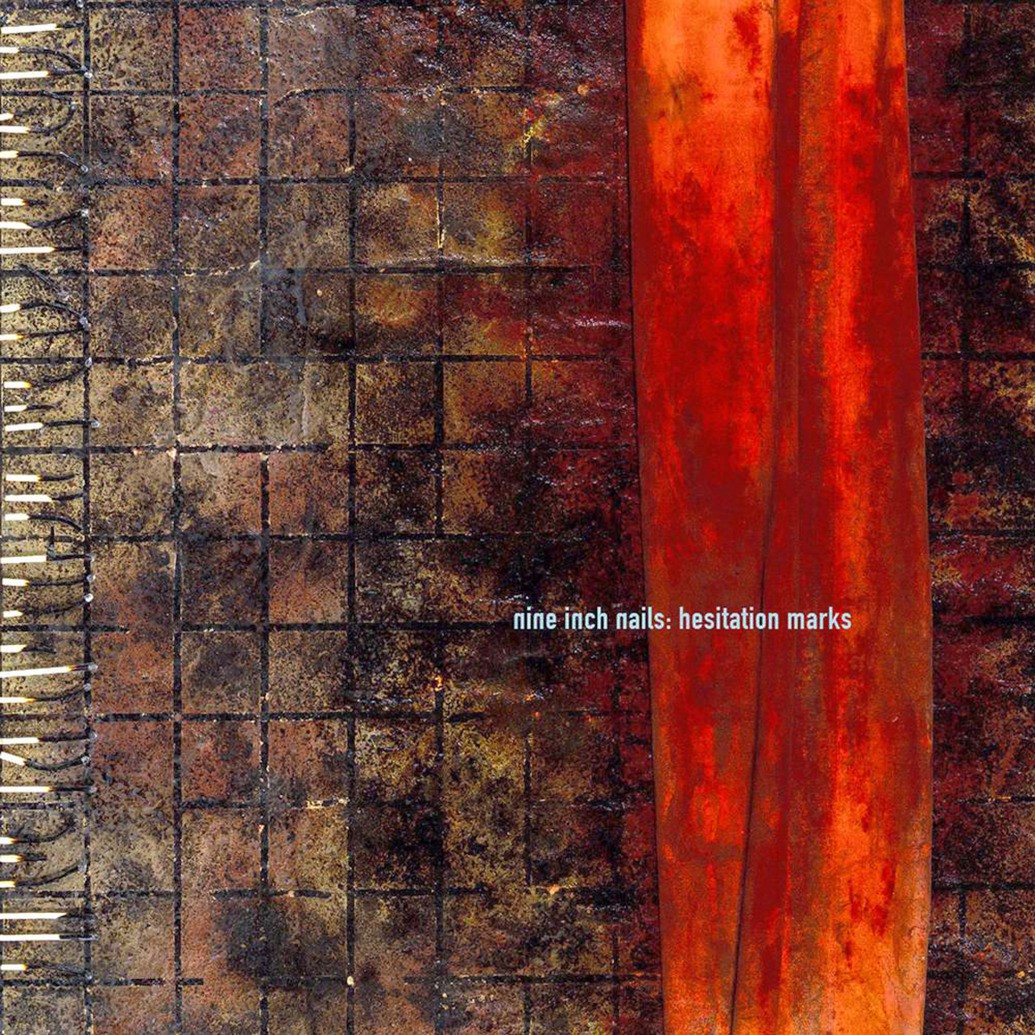 As a record from the gear-grinding, bloodletting, mud-sweat-and-tears, industrial void-enterer Trent Reznor of Nine Inch Nails, Hesitation Marks is an almost scandalous about-face, powering down the Hate Machine and revving up the Man-Machine, boldly exploring “EBM” for a generation of headbangers still coming to terms with the throbbing gristle of “EDM.” As part of a cultural moment, it’s the third in a trilogy of bluntly minimal albums — following the Knife’s Shaking the Habitual and Kanye West’s Yeezus — that retrofit an icon’s chosen genre into a blocky, clinical, Piet Mondrian painting. Noise is rendered as tight, impenetrable polygons of sound; beats are clicked together like Duplo bricks in primary colors; 808s are heartbreak; and everyone seems to be jacking to the same circa-1988 Chicago house records.

All of which to say, this is the most important artistic statement from NIN leader Trent Reznor since the late ’90s, when SPIN dubbed him “the Most Vital Artist in Music Today.” You can follow Reznor’s status as a relevant figure because it always runs parallel to his relationship with hip-hop — another genre that hit pop paydirt with noise, repetition, and first-person emotional autopsies. Reznor was Lolla-generation vanguard when he was also on rap’s cutting edge: 1989’s Pretty Hate Machine churned with the tinny, broken-Walkman, traffic-jam bustle of Public Enemy (thanked in the liner notes, presumably sampled); 1994’s The Downward Spiral had the warts-and-all grit and somber confessionals of Wu-Tang Clan (“Hurt” was promptly sampled by Ice Cube’s Westside Connection); and 1999’s long-awaited The Fragile had the wide-screen auteuristic vision of Dr. Dre (who helped mix) or Puff Daddy (who got a remix).

But during the four albums that made up his ’00s output, the very idea of the “vital artist” in pop or alternative music itself got replaced with the messy democracy of the Internet. And while Reznor was an early pioneer of online commerce and conversation, the avowed Pitchfork reader had some trouble staying ahead of the game, spending the majority of the decade chasing the wake of Queens of the Stone Age (2005’s “Getting Smaller”), Definitive Jux (2007’s “Me, I’m Not”), and James Murphy (2008’s “Discipline”), or just teaming with unfashionable dudes like Saul Williams.

Through coincidence or design (he’s a Kanye fan), Hesitation Marks surges with the energy of modern hip-hop — hey, the surge of modern everything. Sometimes the beats have the skeletal post-hyphy sproing of DJ Mustard or Droop-E, sometime they work as a harder-rocking counterpoint to the goth-tinged Haus of Pain drone machine that is A$AP Ferg’s Trap Lord. It’s hard to imagine the Slinky-down-a-staircase drums of “Satellite” and “In Two” happening in a world where Timbaland hadn’t existed. It makes sense that rap’s biggest envelope-pusher, Kanye West, and industrial’s biggest envelope-pusher both recently turned their live shows into shadow theater — Reznor blowing his shadow up 10 feet tall for his “Tension 2013″ tour, Kanye performing as negative space at the Video Music Awards. Both are pop stars who have been proudly reduced by Rick Rubin at some point, literally using a spotlight to negate their role as pop stars. The huge sucking abysses of nothing(.) on their respective albums feel like a final frontier in confrontation. Kickstarted by Portishead (2008’s Third), attempted by M.I.A. (2010’s MAYA), it’s a trend that lets a festival headliner like Reznor make magic on beats that sound like a busted Madlib invasion (check out the stumbling, misaligned hi-hats in “Disappointed”) or saxophones that strobe like blinking pixels (see the end of “While I’m Still Here”).

And unlike Radiohead, you can dance to it. This is acid. Reznor’s clean, crisp, basement-breaking beats are a daze of Phuture’s past. Chicago house is already seeing a revival on the gnashing edges of the noise scene (Vatican Shadow, No Fun Acid, Alberich, Unicorn Hard-On) and in the hyper-accelerated world of stadium techno (Skrillex’s horror-rave project, Dog Blood, is a metal-up-your-acid mix of Green Velvet gone Black Album). It’s already got the potential to be the Internet generation’s Ramones T-shirt: moody, abrasive, infectious, aggressively simple. After ten years of having monster drummers (Dave Grohl, Josh Freese, Stephen Perkins) wage war against the machines, Reznor uses a steady, unadorned, corrosive electronic pulse in twin singles “Copy of A” and “Came Back Haunted.” The chasms of space are more destructive than, say, writing another “March of the Pigs” — and totally post-modern when you get Lindsey Buckingham to play guitar over them. Only one song allows Ilan Rubin to play “live drums.” And when the guitars finally do come in (like on the airy “Running”), they are strangled, choked, tied up, and denied their Jimmy Page orgasms. It’s an S&M torture trick.

It’s the first time since the Schoolly D wrecking-ball pound of 1989’s “Down in It” that Reznor’s music has pulsed with the actual sounds of a black art form (the drums of Chicago house, Detroit house, and hip-hop) instead of white punks approximating a black art form (like the Gang of Four and A Certain Ratio beats that propelled ’00s singles like “Only” or “The Hand That Feeds”). “All Time Low,” a song that splutters like a glitchmower version of David Bowie’s “Fame,” might be the exception, but remember that the Thin White Duke’s groove was superbad enough for James Brown himself to gaffle it outright for 1975’s “Hot (I Need To Be Loved, Loved, Loved, Loved).” All in all, Trent makes everything majorly funky for a song with the line, “This paranoia turns to fear.”

All of which leaves outlier “Everything,” a Camaro blasting a sunny Rick Springfield/Romantics tune right down the centerline of the LP. Even though it’s easily the happiest song on an album that boasts lines like, “Yesterday, I found out the world was ending,” its aggy New Wave is easily the catchiest thing on the record. It also makes some sort of weird sense in a time where Bruno Mars is approximating the Police and 2 Chainz is rapping over the Knack. Through his own twisted K-hole, #ARTPOP icon Reznor is once again one of the most vital artists working today, coming back haunted, breaking the habitual. Let’s get physical.