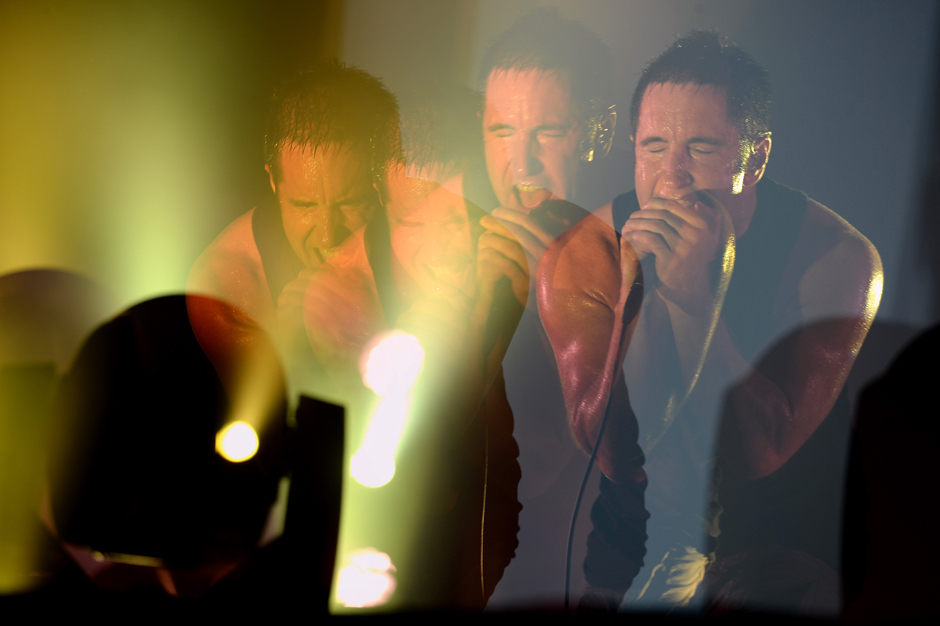 Nine Inch Nails have followed up their uncharacteristically poppy new song “Everything” with “Find My Way,” a slow-burner that lurks in the shadowlands that the industrial titans are best known for. The new track premiered on Zane Lowe’s BBC Radio 1 show and is currently only streaming there, at the 43:40 mark. Though this latest share certainly won’t inspired any sarcastically treacly fan-made videos featuring Trent Reznor riding a unicorn, it does break from the other two studio recordings we’ve heard so far.

UPDATE: Stream “Find My Way” below thanks to a radio rip.

While “Copy of A” is a burbling techno-fried slab and “Came Back Haunted” is a snarling twitchy explosion, “Find My Way” is a dark ambient piece that finds Reznor in meditative mode. Nine Inch Nails recently brought their new stage show to Lollapalooza and Outside Lands. They’re also SPIN’s next cover artist, so in honor of the occasion, we’ve been looking back at previous times the bands has graced our front page. Revisit our 1992 and 2005 pieces on NIN. Hesitation Marks is out September 3 via Columbia.