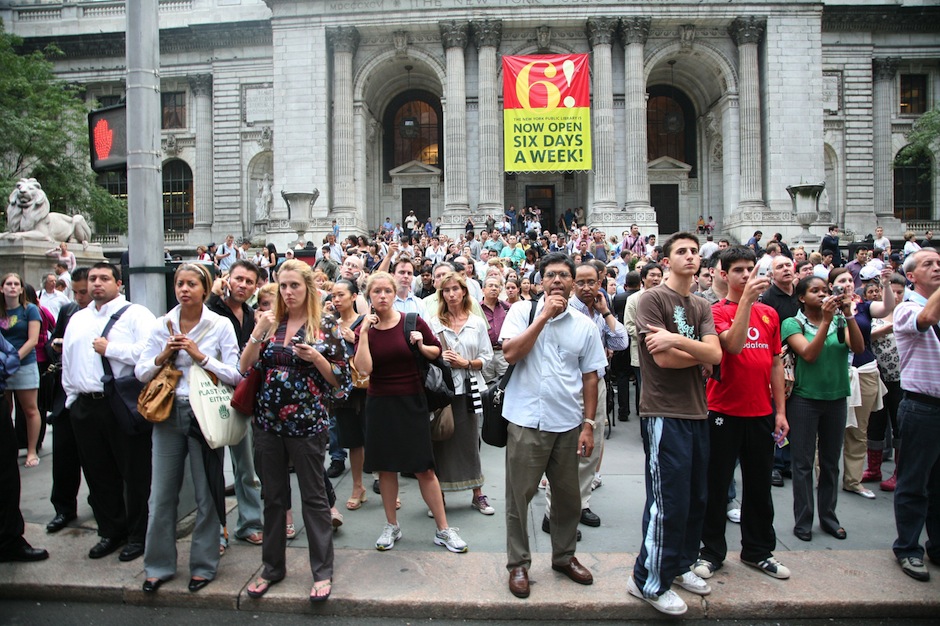 The New York Public Library is in the midst of unloading a huge trove of vinyl albums. The library announced this week (via Resident Advisor and the Vinyl Factory) that its Rodgers and Hammerstein Archives of Recorded Sound is selling 22,000 copies of LPs it received as unsolicited donations over the years but already has in pristine shape in its collection. The recordings span from foreign classical pressings to funk, ’70s country, and Ronald Reagan spoken-word. “All genres and styles represented,” the announcement says.

The sale started on August 8, so diehard collectors who don’t have to work on Thursdays may have already scooped up some of the rarer gems. Still, the sale is open again today and tomorrow, August 9 and August 10, from noon to 5:45 p.m. EST, so vinyl fanciers in New York and surrounding environs may want to hurry on down. The library says it has already sold 10,000 records but will restock with another 2,500 before opening today. (To be clear, the sale is at the Library for the Performing Arts at Lincoln Center — where the collection is located — not the 42nd Street building pictured above.)

The records are “priced to sell,” according to the library, and proceeds benefit the collection’s ongoing growth. “We will do our best to provide bags,” the announcement humorously promises. “If you think you will need a box — you know who you are — we will have some on hand while they last.”

Elsewhere on the vinyl beat, J Dilla’s sprawling record collection hit eBay, though the record sent to buyers was chosen at random. As the Vinyl Factory notes, Afrika Bambaataa’s massive record collection has been open to the public in a New York City gallery for about the past month before it heads to Cornell University. And London now has its own vinyl-focused lending library.