Bikinis and safe sex and R-rated movies, oh my! 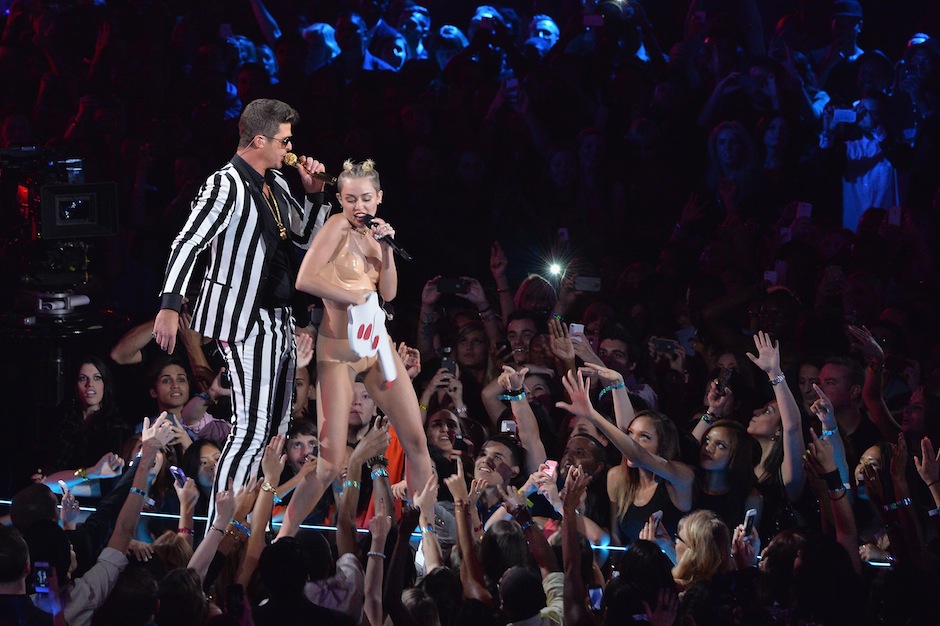 No, Will Smith’s family wasn’t making that Shocked Face Seen ‘Round the Web in response to Miley Cyrus’ instantly infamous performance on last night’s MTV Video Music Awards. But the Parents Television Council truly is shocked, shocked, shocked. Won’t somebody please think of the children?

The non-profit advocacy group, which recently got upset about Ke$ha drinking her own pee, blasts MTV for allegedly selling sex to kids (hey, does this mean kids still watch MTV?). “MTV has once again succeeded in marketing sexually charged messages to young children using former child stars and condom commercials — while falsely rating this program as appropriate for kids as young as 14,” PTC Director of Public Policy Dan Isett said in a statement. “This is unacceptable.”

The PTC airs a range of complaints, notably passing over the druggy innuendo of Cyrus’ performance and getting right to the nitty-gritty of bikini hue. Isett’s statement adds: “MTV continues to sexually exploit young women by promoting acts that incorporate ‘twerking’ in a nude-colored bikini. How is this image of former child star Miley Cyrus appropriate for 14-year-olds How is it appropriate for children to watch Lady Gaga strip down to a bikini in the opening act? How is it appropriate for 14-year-olds to see a condom commercial and a promo for an R-rated movie during the first commercial break?”

So there you have it: The PTC’s list of concerns leaves out the acid-trip onstage bears, but it’s very strongly against bikinis and safe-sex messages. None of this is really a surprise, since the very same group was also behind the effort to make Super Bowl halftime shows boring because Janet Jackson has a nipple (or two). Also, the PTC’s founder once said on national TV that President Obama looks like a “skinny ghetto crackhead.” Talking that way, of course, is totally fine around the children. Confident women who aren’t fully covered from head to toe, on the other hand…

And so, with an assist from Pat Boone’s posse, the erstwhile Hannah Montana extends her MTV VMA news-cycle victory just a little bit longer. Check out SPIN’s coverage from the floor of Brooklyn’s Barclays Center, plus the winner’s list and the Best and Worst Moments From the 2013 MTV Video Music Awards.