Who Charted? Luke ‘Beer Me’ Bryan Takes No. 1 While Katy Perry Nips at Thicke 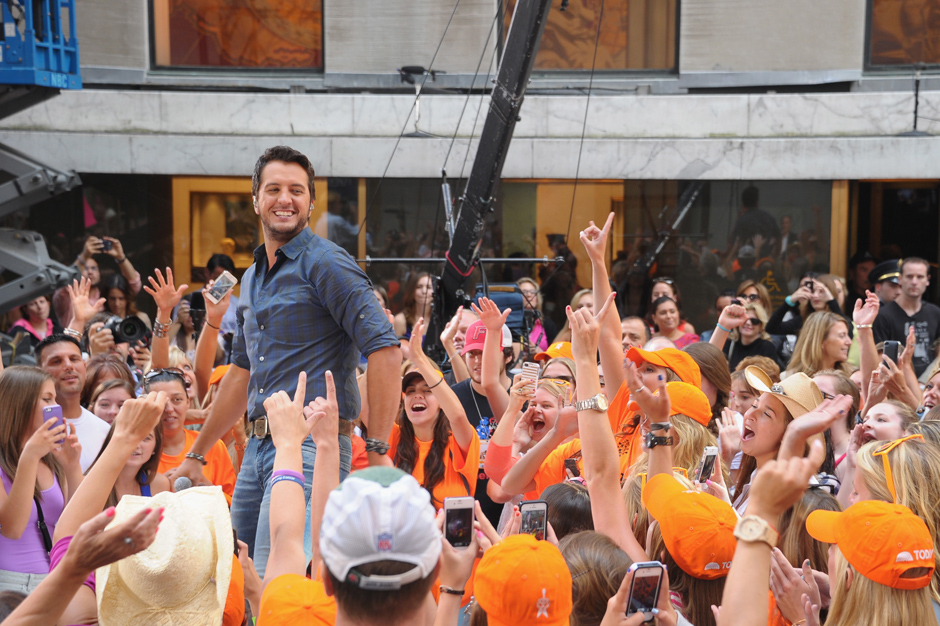 First! Luke Bryan is back on top — didja miss him? Chances are if you’re reading SPIN, you didn’t, but you might want to get familiar. As noted, the Nashville star is country’s preeminent overgrown frat boy, a man who hit the top of the pops in March with a set that compiled the best tunes from his Spring Break-themed EP series. Now he’s got the third highest debut week of 2013 — behind Justin Timberlake and Jay Z — with Crash My Party, which sold 528K on the strength of such titles as “Drink a Beer” and “Beer in the Headlights.” This also happens to be the biggest week for a lone cowboy since Tim McGraw blew up the spot in 2004.

2 to 10: Let’s get these two lurkers out of the way: Florida Georgia Line and Imagine Dragons are still kicking around and still sticking together with Here’s to the Good Times (No. 8, 31K) and Night Visions (No. 9, 27K), respectively. And then the TV tie-ins: K. Michelle’s Rebellious Soul takes No. 2 (72K) on the strength of her role in VH1’s Love & Hip-Hop: Atlanta series. And the Disney Channel’s Teen Beach Movie soundtrack nabs No. 7 (33K). The ever-awful Now franchise won’t leave us either, with volume 47 notching No. 3 (52K). Last week’s milquetoast Billboard chart-topper The Civil Wars, by the Civil Wars, slides down to No. 5, while Five Finger Death Punch hangs on at No. 10. That leaves two relevant records for the rest of us: Robin Thicke’s Blurred Lines stands strong at No. 4 (48K), and Jay Z’s Magna Carta Holy Grail slips down to two slots to No. 6 (22K).

Rarr! Katy Perry’s “Roar” jumps out of the gate with ferocious aplomb, selling 557K units digitally and pouncing on the No. 2 spot on the Hot 100 chart. That’s the best song sales week so far for both the artist and her label, Capitol Records. It’s also the sixth largest sales week for a single ever (Flo Rida maintains the No. 1 spot with “Right Round” racking up 636K), and the third biggest first-week haul in history. Lady Gaga’s “Applause” moved 218K by comparison.

Song of the Summer: Looks like Stephen Colbert was right, even if he didn’t mean to be. Robin Thicke’s “Blurred Lines” has notched an 11th week at the top of the Hot 100 despite considerable competition from Ms. Perry. As noted last week, the Pharrell and T.I.-assisted song continues to dominate just about every chart for which it is eligible. It’s been said before, but Robin Thicke has a really big, massive, whopping-and-never-flopping, ridiculously huge … hit.