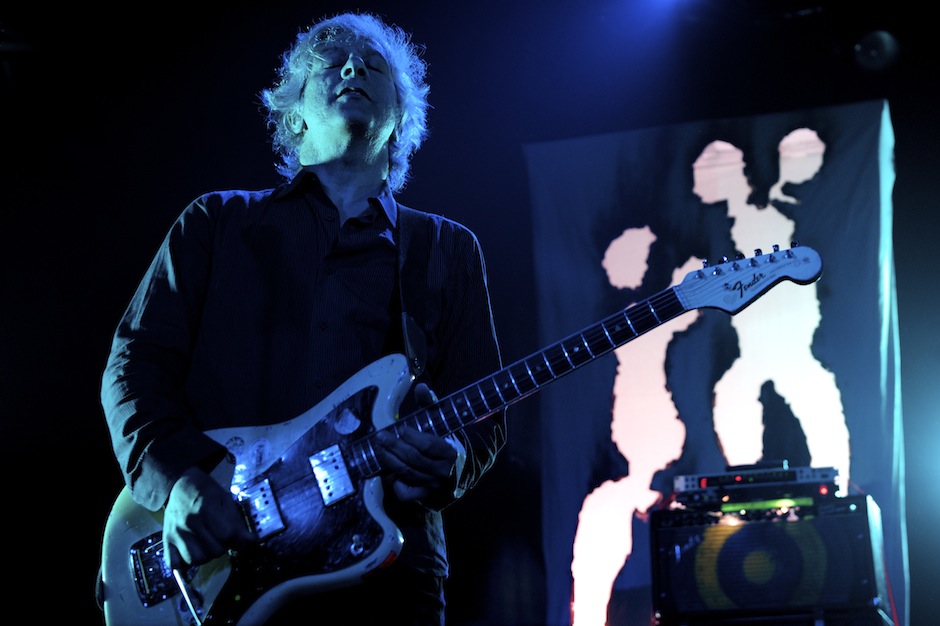 As a guitarist, Sonic Youth’s Lee Ranaldo (tied for SPIN’s No. 1 guitarist of all-time) has always brought a youth of classic rock and pop to an adulthood schooled in Lower East Side minimalism, a movement that in its early years drew on music from India, West Africa, and Indonesia. The latter background shows more on Ranaldo’s mesmerizing contribution to The Road to Jajouka, a tribute to the Moroccan group the Master Musicians of Jajouka. The title “Boujeloudia Magic” refers to Bou Jeloud, the goat-boy of Moroccan religious ritual — and, as it happens, the “Pan” in Brian Jones Presents the Pipes of Pan at Joujouka, a 1971 Master Musicians of Joujouka live recording produced by the Rolling Stones’ Brian Jones. The current nine-minute track puts Ranaldo’s oceanic guitar tones within increasingly frantic flutes and percussion.

Ranaldo and Sonic Youth drummer Steve Shelley will hit the road this fall with Lee Ranaldo and the Dust. Starting October 8, the trek will likely coincide with a Matador Records follow-up to Ranaldo’s strong 2012 outing Between the Times and the Tides. Fellow SY-ers Thurston Moore and Kim Gordon are also heading out on tour, with Chelsea Light Moving and Body/Head, respectively.

Listen to “Boujeloudia Magic” over at Rolling Stone. Flea, John Zorn, Marc Ribot, Ornette Coleman, and others also contribute to the compilation, which is due out September 10. Anyone who brings up that execrable Saturday Night Live character is banished from the circle.