Plus, a creepy cover of Dirty Beaches' 'Lord Knows' from the Sacramento producer 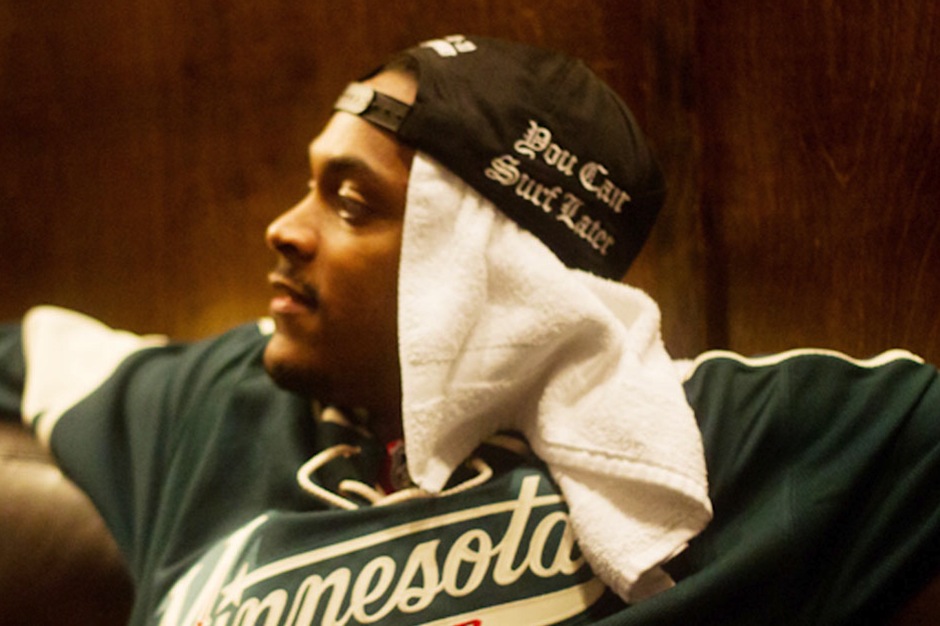 Producer Lee Bannon, a SPIN Best New Artist back in July, can’t sit still. In 2012, he released Fantastic Plastic, an underground hip-hop release featuring West Coast legend Del the Funky Homosapien and up-and-comer Chuwee, and then paired them with post-Prefuse 73 glitch-hop and strange, discordant found-sound collages of hilarious YouTube clips and broken-apart samples of the Kinks.

Since then, though, he’s produced for Joey Bada$$ (“Enter the Void”) and others, while developing an all-over-the-place solo style that has found him making moaning Perfume Genius-sampling cloud rap (Caligula Theme Music), remixing Andy Stott, grinding out Prurient-esque horror movie music (Never / mind / the / darkness / of / it…), and vampire crunk on the stunning Caligula Theme Music 2.7.5.

His next release is Alternate/Endings, a full-length out later in the year and featuring “LR/AD (Garden Blocc Edition) F,” a track that begins Analogue Bubble Bath-era Aphex Twin-esque until about halfway through, when it starts to eat itself, first in reverse, and then by spreading out into an ambient soundscape, that slowly digests the drill’n’bass aspects of the beat.