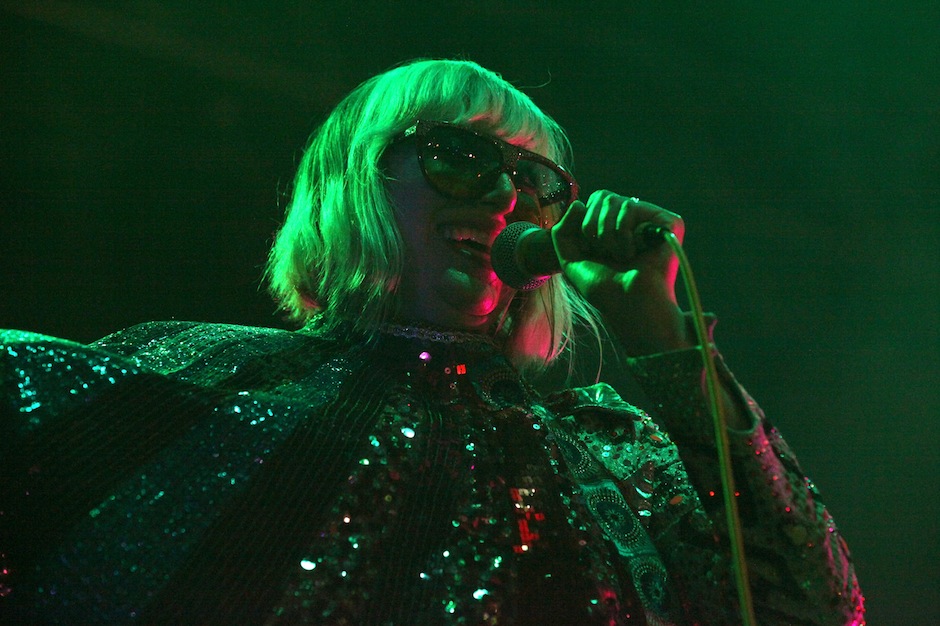 When the song says “Karen O,” it really means Karen O, period. “The Moon Song” is a new song from the Yeah Yeah Yeahs frontwoman that appears on Spike Jonze’s upcoming film Her, which also has music by Arcade Fire. The stripped-down acoustic ballad is about as cozy as joining O in her apartment. In fact, she recorded the song at home, evident from the sirens that cut across the opening seconds. Nothing much more here than shambling guitar and a pair of yearning, expressive vocal tracks. “Your shadow follows me all day / Making sure that I’m okay / And we’re a million miles away,” she concludes.

Look for the song to appear in the film (it first showed up on Pitchfork) where it will evidently be sung by, hrrm, the film’s co-stars: Joaquin Phoenix and Scarlett Johansson (the former is a fake rapper, while the latter has a history of duets). O previously worked with Jonze on the Where the Wild Things Are soundtrack, garnering Grammy and Golden Globes nods. The film opens in select cities on December 18 and then hits theaters nationwide on January 10. It will have to be pretty good to top Yeah Yeah Yeahs’ recent “Despair” video, shot on the Empire State Building.