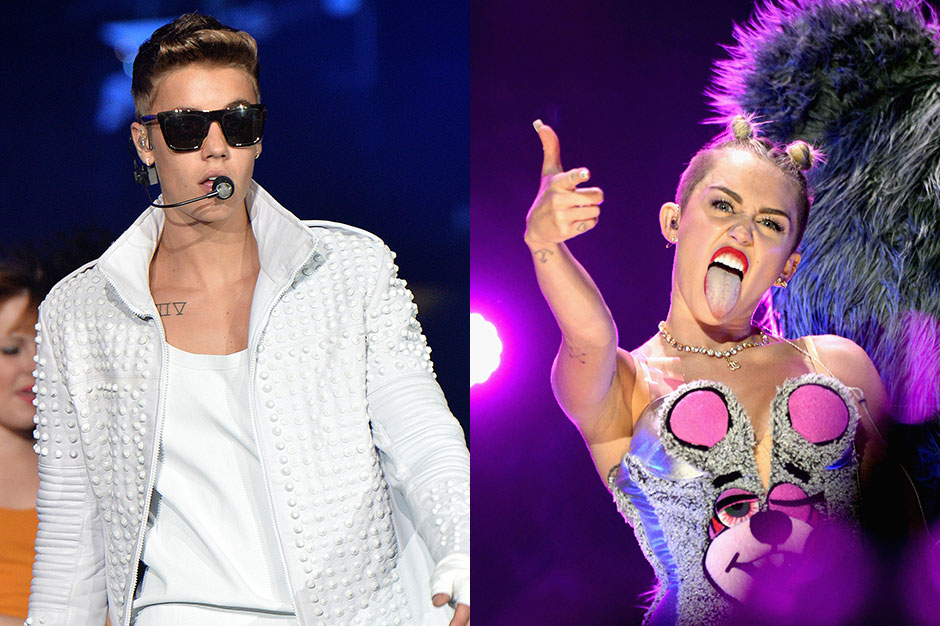 Well, here’s the perfect cap on Miley Cyrus’ instantly infamous VMA performance, which sparked a rebuke from the Parents Television Council, a Guinness World Record bid by Diplo, and the insertion of “twerk” into the dictionary. Yes, a collaboration between Cyrus and Justin Bieber called “Twerk.” Shocking, isn’t it? The two appear on the track as helping hands to Young Money rascal Lil Twist, but Miley’s hook and Bieber’s verse have leaked this morning, which must be a nice feeling for Twist, who’s already been forgotten on his own song. The two unsurprisingly sound like teenagers sloppily emulating songs and poses they’ve copped from the radio and YouTube, but — as our list of the best and worst VMA moments illustrates — that’s par for the course.

Lil Twist, it should be noted, has had his share of fun this year at Bieber’s expense. In March he was ticketed for crashing Bieber’s chrome Fisker Karma (price tag: $100,000) and was later picked up for a DUI in July while behind the wheel of the same car. Earlier this month, he was reportedly investigated for an alleged battery that occured at Bieber’s home, which — according to TMZ — moved Bieber’s manager Scooter Braun to implore the singer to cut ties with Twist. But “Twerk” is probably an indication that Twist will be hanging around Bieber for the indefinite future. (The Fisker is just the cherry on top.) Oh, and when we said “perfect cap,” that was wishful thinking. We know this thing won’t end until Miley gets locked up for twerking on the Mona Lisa.