Like-A-Roc: Jay Z and Dame Dash, Once Estranged, Hug It Out 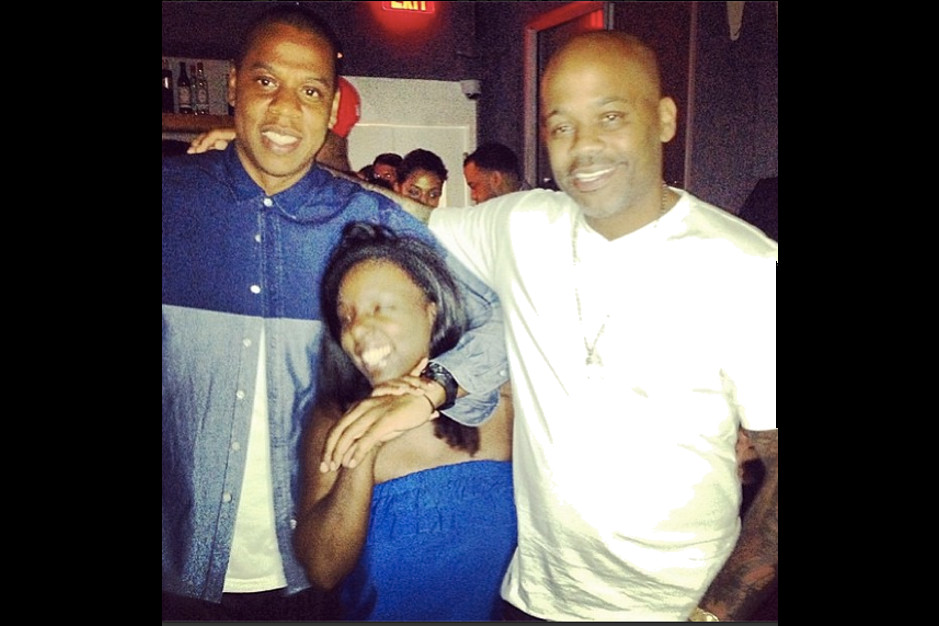 Eight years after Kanye West rhetorically asked, “You know the next question dog, ‘Yo, where Dame at?'” on “Diamonds from Sierra Leone (Remix),” the question was finally answered Wednesday night, as Roc-A-Fella Records co-founder Dame Dash reunited with estranged partner Jay Z.

According to Miss Info, “the moguls shared laughs and posed for photos” at a mutual friend’s birthday party as if they didn’t have one of the most acrimonious and disputatious splits in music history.

A little history refresher: Along with Kareem “Biggs” Burke, Jay and Dash founded Roc-A-Fella in 1995 after numerous labels turned down Jay’s music. Among other high-profile releases such as Cam’ron and Freeway, the Roc was responsible for releasing every Jay Z album and became one of the most successful imprints in music. In 2004, Dash and Jay had a public falling out after Def Jam acquired the label. Jay would, of course, become the president of Def Jam, maintaining a controlling interest in Roc-A-Fella and booting Dash and Burke from the company.

As Consequence of Sound points out, Dame didn’t exactly take getting kicked out of the company he founded with a sad trombone and “Aw shucks, Jay!”: “The people that I was helping, once they realized their dreams, they did what a criminal would do,” Dash said in 2010. “They stabbed you in the back. Think about the frustration of building a brand for years that should be taking care of your family, and then the person that was the closest to you saying, ‘Nah, you can’t have no parts of it,’ and flushing it.”

Speaking to Angie Martinez last month, Jay broke down his history and relationship with Dash: “The thing we built, you can’t take that away, so no matter what, the love is still there,” the rapper said. “Because what we’ve done will forever be stamped in history . . . We created something that’s gonna go down forever. So I can only have love for Dame. I just don’t know where we are in our life. We’re not the same two men at that time when we gelled in that way. I haven’t seen him in a while. I have ultimate confidence in him that he’ll find his way ’cause he’s an amazing and smart guy . . . He’s a hustler and he’s highly intelligent, so I always root for him and always believe that he’ll find his way out of it.”

Jay then added, “But I can’t control what happens in life.”