On Saturday, Against Me! singer Laura Jane Grace kicked off a solo mini-tour with an hour-long acoustic jaunt at Philadelphia's MilkBoy. Though she yowled "Even if your love was unconditional / It still wouldn't be enough to save me," many of the new songs previewed off the band's long-brewing next album Transgender Dysphoria Blues explored the morbid opposite of unconditional love: from the title tune's "you just see a faggot" to "Dead Friend," to "Two Coffins," ("one for you, one for me"). The "folk-punk" singer always sounds celebratory — and tonight was no different — but she made her fears front and center. It wasn't just a metaphor for wondering if the public reveal of her transgender identity might kill the band once and for all (fans did not take to 2010's incredibly underrated E Street-via-Nevermind pastiche White Crosses, and they parted ways with Sire Records when the smoke cleared). It was a back-to-basics move that also signaled a rebirth: Not a single White Crosses tune was played, and only "Thrash Unreal" (helped by the crowd's ba-ba-bas) appeared from SPIN's 2007 Album of the Year New Wave.

The two catchiest tunes from the upcoming record were released in acoustic form last month as the True Trans EP. The back-to-back "FuckMyLife666" and "True Trans Soul Rebel" sounded a damn lot like the Replacements, some other folk-punks who knew how to channel regret. This can't be an accident; the full electric band brought out Joan Jett at New York's Terminal 5 in 2011 to blaze through the Mats' classic "Androgynous" ("One, I'm a transsexual. Two, we fucking love the Replacements"). But the comparative darkness of a set that contained uplifting old favorites "Pints of Guinness Make You Strong" and "Joy" was typified by "Shivers," ("I've been contemplating suicide / But it really doesn't suit my style"), the same Rowland Howard cover that Divine Fits included on their debut album last year. New songs ranged from "Drinking With the Jocks" ("which I spent a large amount of my life doing, don't put up with that shit, you know?") to "Paralytic States of Dependency," which detailed yet more perils of "all of my life wishing I was one of them," punctuated by deafening roars from a room that didn't entirely prove "there will always be a difference between you and me." (It was markedly more gender-diverse than at that Terminal 5 show).

The one new song that didn't appear to directly reference Grace's gender was introduced as "Osama Bin Laden Crucified Christ," a Faces/Aerosmith glam-blues pastiche that repeated the mantra "you're gonna hang" over and over, before some extra-cruel na-na-nas. It was more arch than Against Me!'s usual blatant practice, but presumably a blocky indictment of Obama's judge-jury-executioner approach to terrorism. Then she took requests.

Fans really, really love Against Me!'s 2002 debut Reinventing Axl Rose it seems, shouting mostly every word along with and back to her. This culminated in a stage full of audience members for "Sink, Florida, Sink" and the concluding "Baby, I'm an Anarchist." Even without a band, Grace didn't look alone at all by that point. 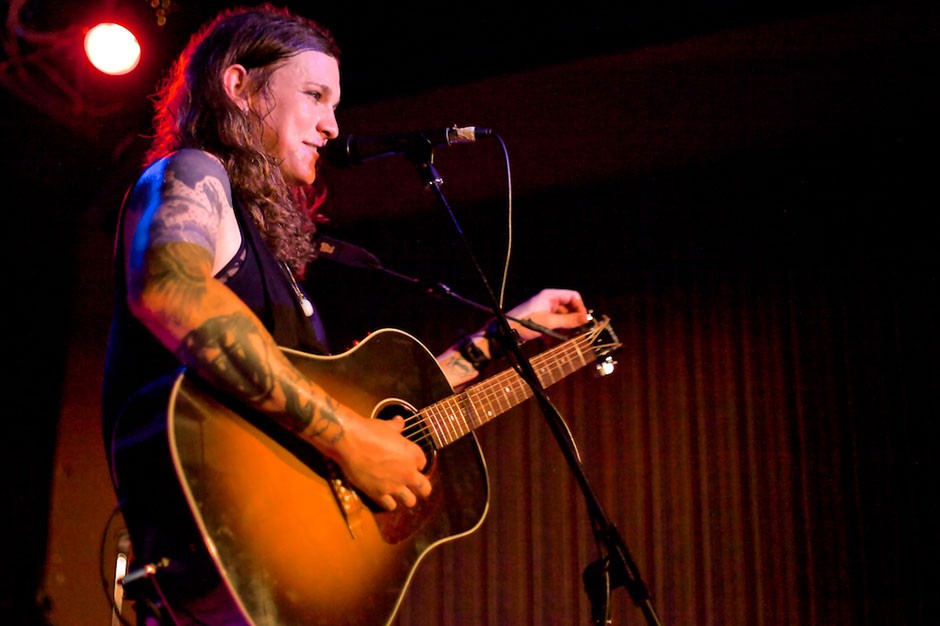 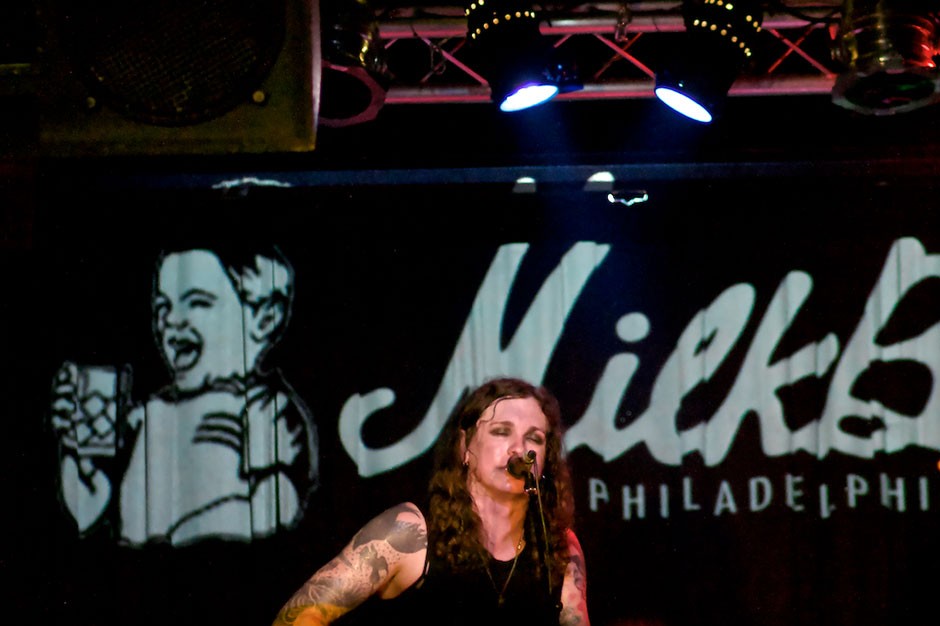 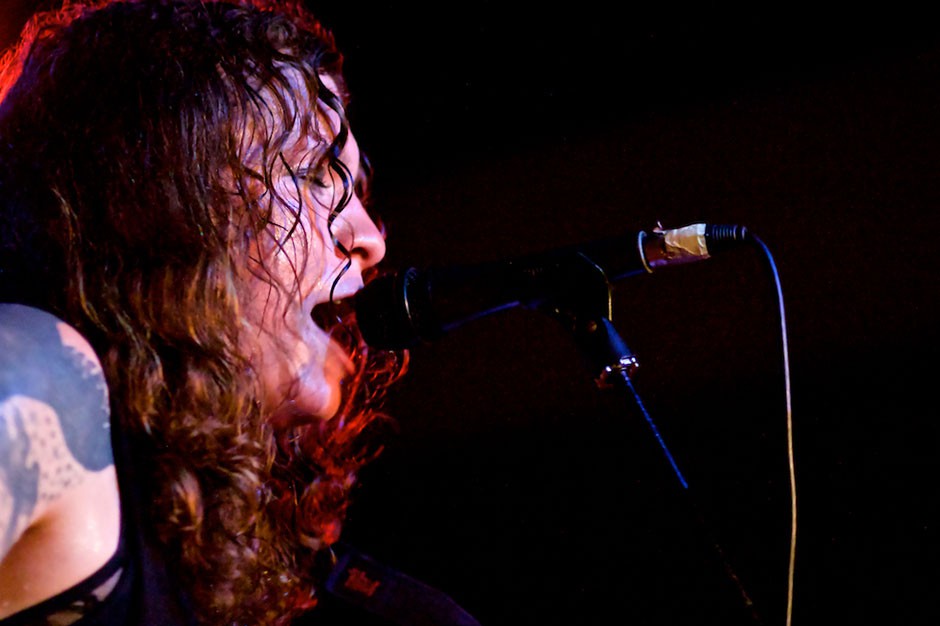 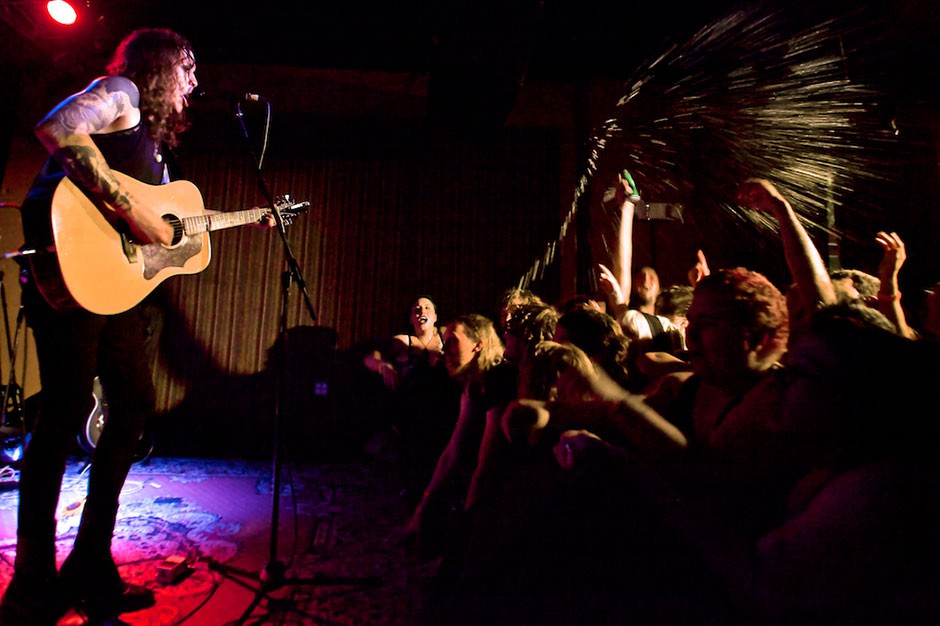 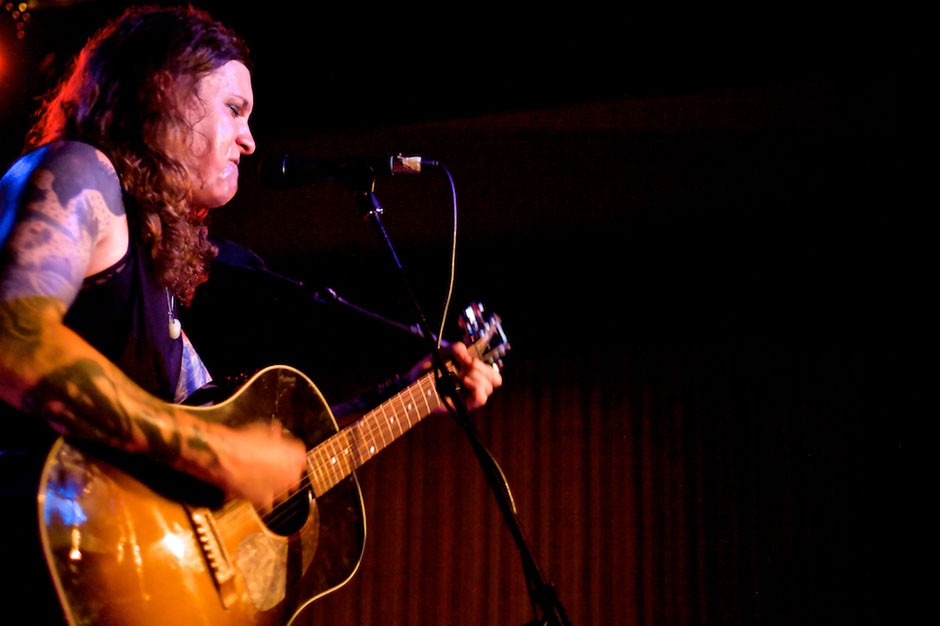 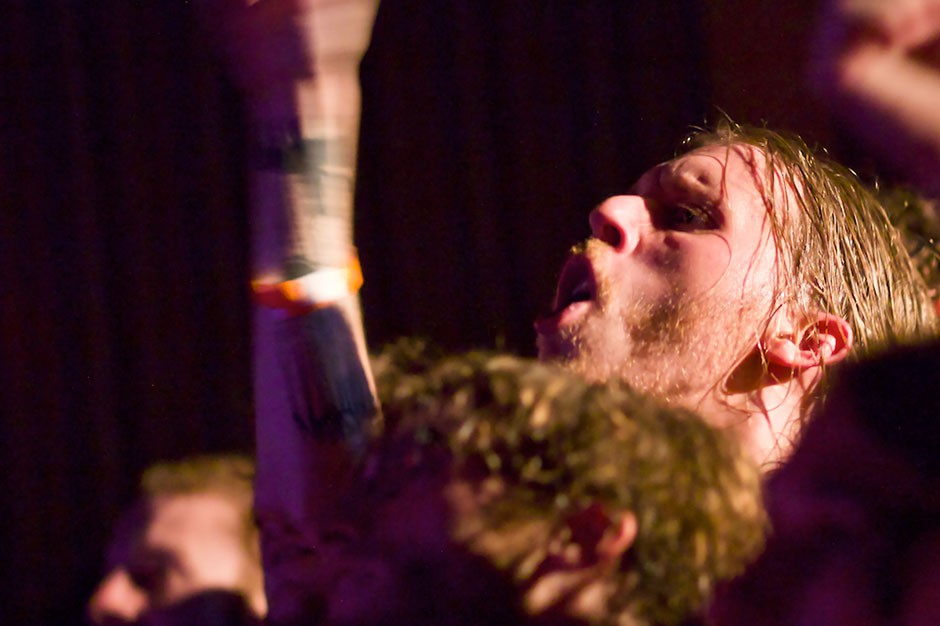 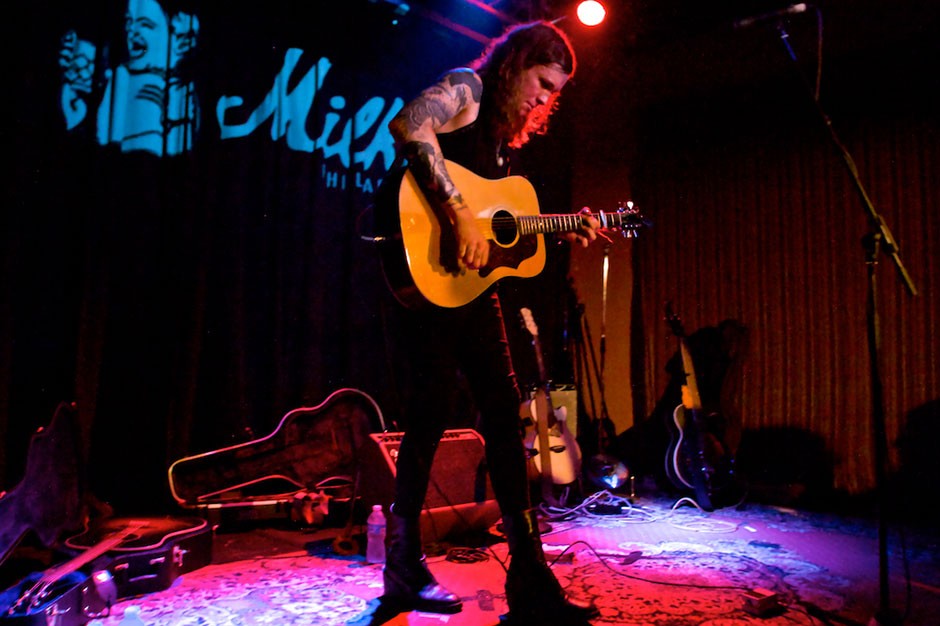 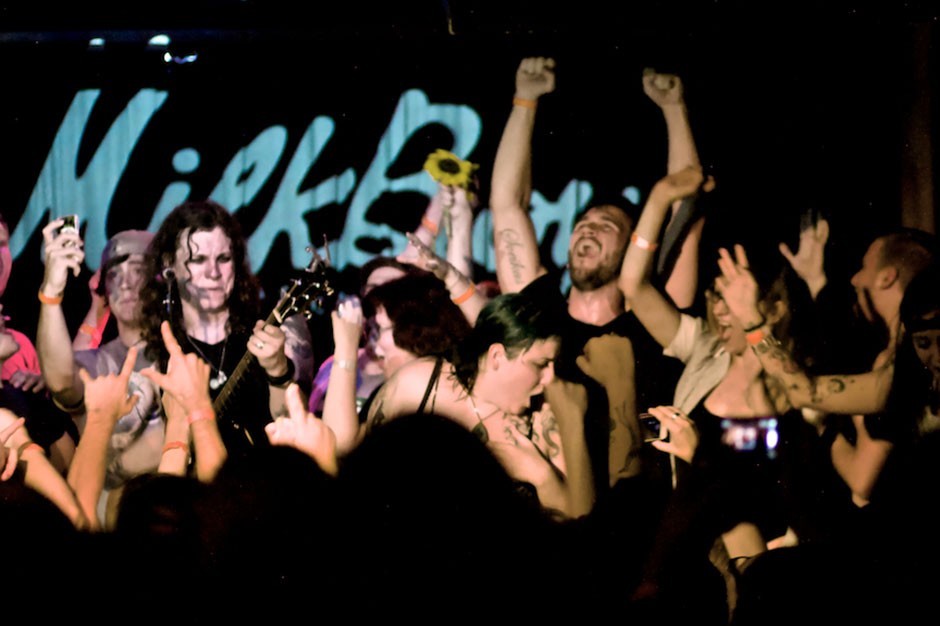