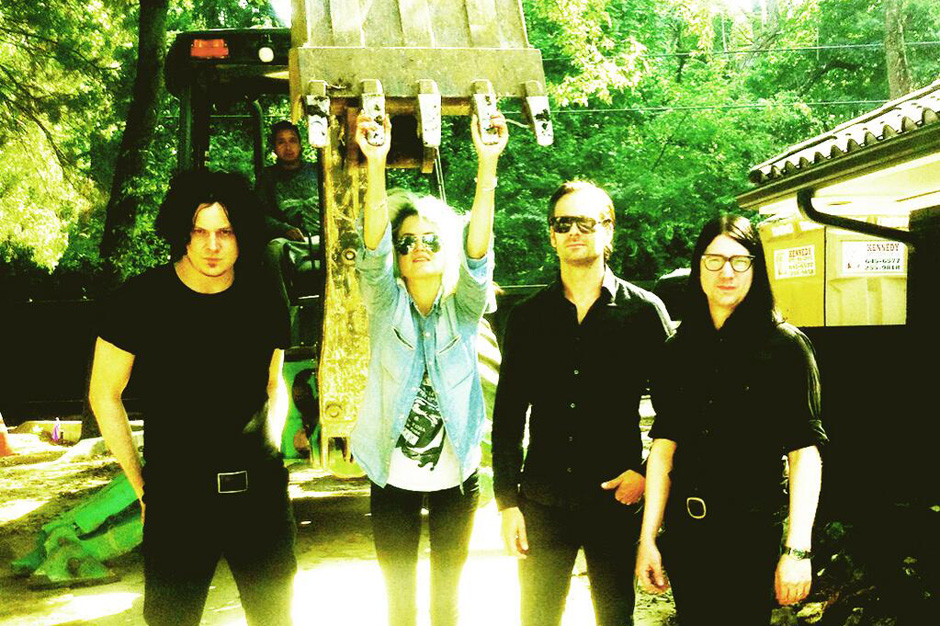 Lately, Jack White’s musical endeavors have been looking backward. The former White Stripe has busied himself by reissuing Elephant, dusting off vintage vinyl, and signing up for benefit gigs devoted to covering folk classics. But now, the Blunderbuss king is hard at work on new music with the long-dormant Dead Weather.

Third Man Records announced on Thursday (August 29) that the foursome — rounded out by the Kills’ Alison Mosshart (vocals), Queens of the Stone Age’s Dean Fertita (guitar), and the Raconteurs’ Jack Lawrence (bass) — are back in the studio. The label tweeted the above photo with the following message: “The Dead Weather working on new songs in the studio yesterday… (and searching for bodies).”

In an interview with Rolling Stone earlier this year, White, who plays drums for the band, said the Dead Weather had previously recorded “some things,” but made no mention of a full-length. He added that booking studio sessions can be tricky, considering that everyone in the group splits their time among other projects. “Our things pick their place for us,” White said. “We don’t really sit down and pick them. They pick our place for us. Like, the Kills make a record or Queens of the Stone Age makes a record, I make a record, and it all falls into place, you know? Like, we didn’t know we were going to do two Dead Weather records in a row. We didn’t have any plan at all. We were just going to record a seven-inch, and it keeps going, and we make two albums’ worth of material. We try not to tell it what to do. We let it tell us what to do.”

As White noted, the Dead Weather have released two albums: 2009’s Horehound and 2010’s Sea of Cowards. Stay tuned for further updates on a possible third.