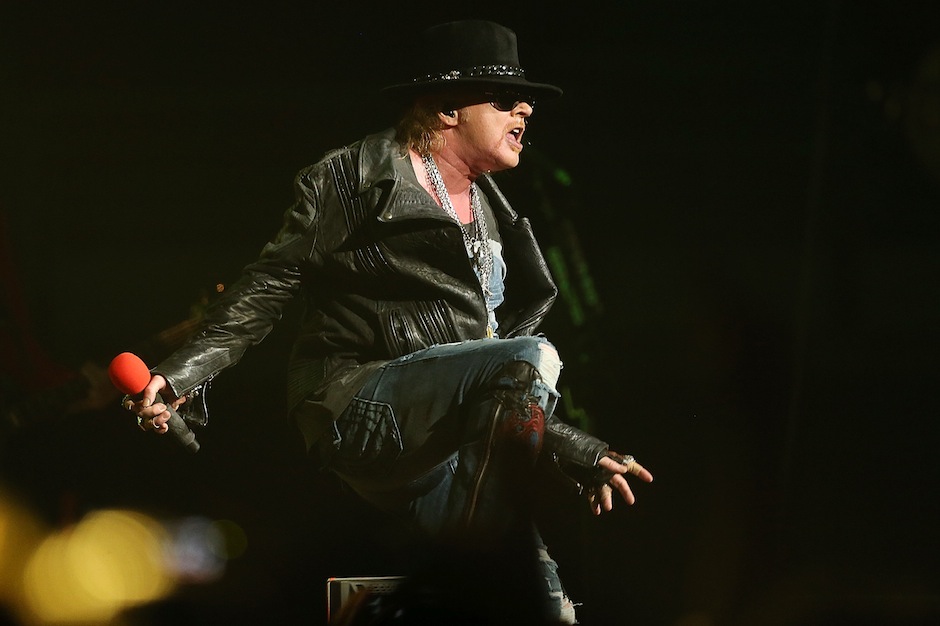 The good ship Guns N’ Roses may have sprung leak. An unreleased GNR song purportedly called “Going Down” and featuring bassist Tommy Stinson on lead vocals has been circulating online recently. If the taken down notices issued against various attempts to host the song aren’t proof of its veracity, guitarist Bumblefoot may have obliquely confirmed the song’s legitimacy in a recent tweet (he used the hashtag “#GoingDown,” though you’re right, that’s not much to go on). In any event, it sure sounds like Stinson — who’s also busily reuniting his other band, the Replacements — as well as, on backing vocals, Axl Rose’s raspy caw. Fan-made mixes are also floating around, further complicating the picture, but suffice it to say the first “new” GNR song to emerge since 2008’s Chinese Democracy is a country-tinged, midtempo lighter-raiser with lyrics about how “you’ve got nothin’ good to say / Keep your mouth shut.” Point taken.

If the video below gets taken down, try the stream over at Stereogum.