Really, the Toronto hardcore band didn't already have a website 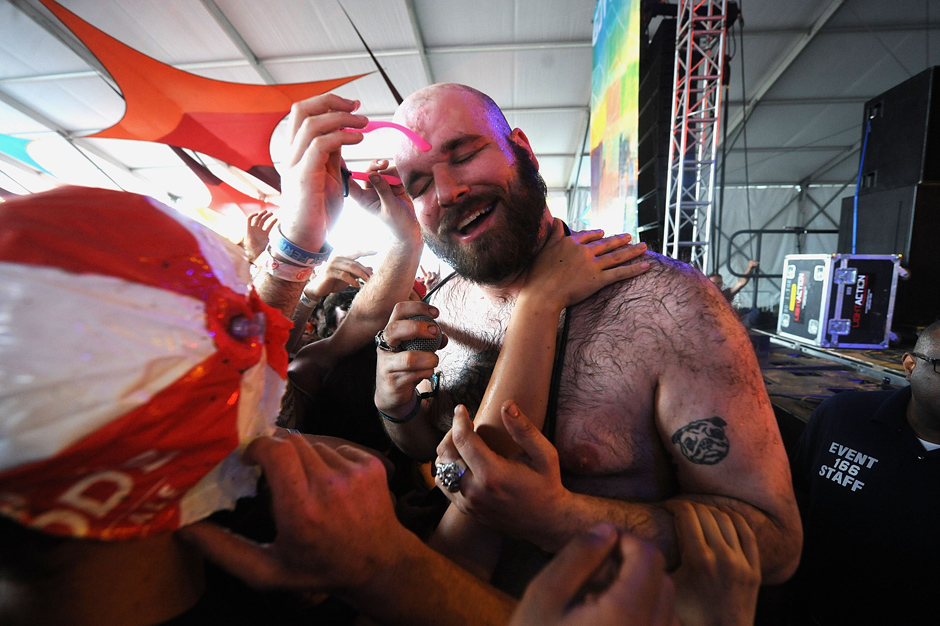 Toronto hardcore innovators Fucked Up have, um, launched a website. As rare as it is to find a successful young band without a home on the internet, the real news for fans of Damian Abraham’s experimental outfit lies in the online outpost’s content. In addition to collecting the band’s photos, flyers, writings, and past tour dates, Fuckedup.cc includes a veritable archive of streaming and downloadable music.

Chief among the unearthed nuggets are four mixtapes — originally released on mostly long-lost cassettes — comprising demos, outtakes, live tracks, side-project B-sides, alternate takes, interviews, and whatever other sounds the gang managed to shoehorn into the mix. Also, fans can hear (and keep) Fucked Up’s limited edition 2007 holiday single “Stars on 45,” which features the voices of Nelly Futado, David Cross, and James Murphy among many others.

“After playing almost 750 shows and releasing over 60 records,” the band wrote, “we’ve finally decided to do something that most bands now do before having ever played live or physically released anything — make a real website. At first, without a place on the internet that we called home, it felt mysterious, later just useless, and finally it just became a talking point. Now we realize that it’s just become a pain in the ass.”

They also encourage fans to send in “photos, flyers, pictures of your tattoos, video links, discography corrections, live recordings, etc. etc. and help us beef this thing up.” The email address can be found on the Fucked Up website, which actually exists now, by the way. Enjoy some unusual selections below.